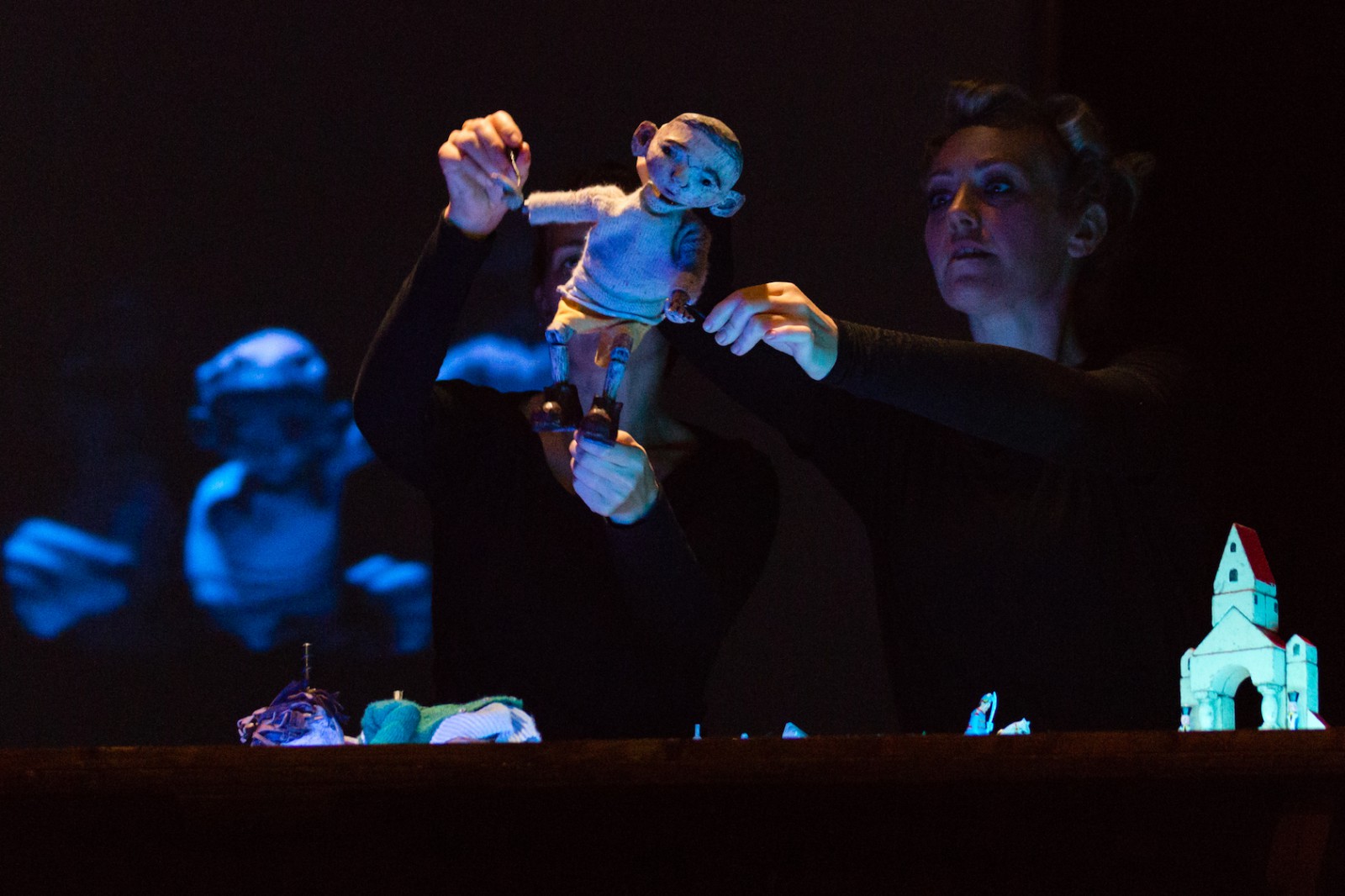 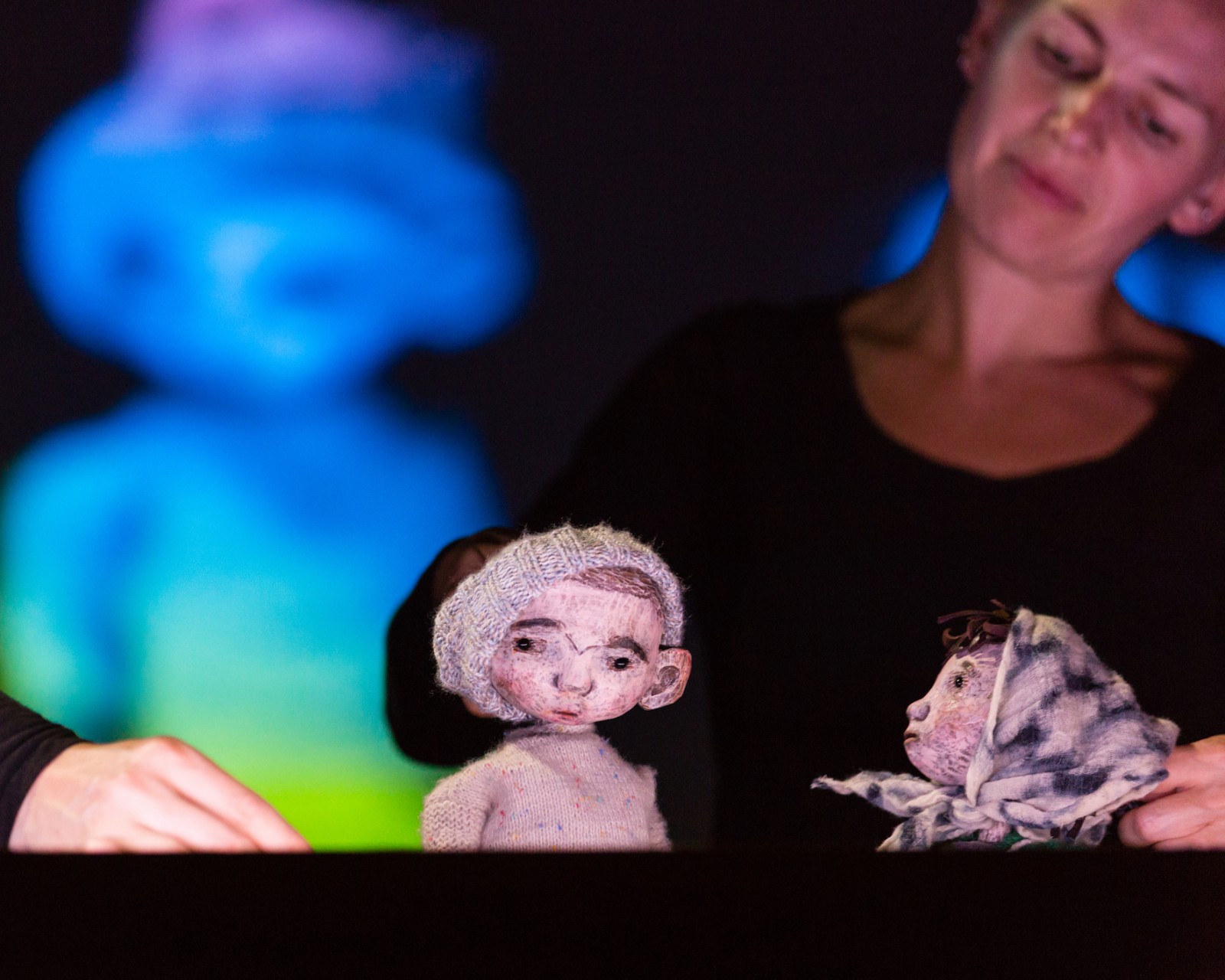 We caught up with with puppet maker Jan Zalud about the production Hansel & Gretel. Poet Simon Armitage and Guildhall School of Music & Drama professor Matthew Kaner have collaborated for a reimagining of the Hansel & Gretel tale subtitled "(a nightmare in eight scenes)", which receives its London premiere on 12 October 2018.

Tell us about this production of Hansel and Gretel.

It’s a dark reimagining of the famous story created by many artistic voices commissioned by Goldfield Productions. Two years ago, Goldfield Productions Artistic Director (Kate Romano) came across the Hansel & Gretel art of Clive Hicks-Jenkins. His quirky, humorous Hansel and Gretel characters had appeared as prints, in picture books and as a toy theatre for Pollocks Toy Shop. Kate felt it was a natural development to bring these ideas to the stage using a much-loved fairy story framework to tell a darker Hansel & Gretel for the 21st century. Simon Armitage was commissioned to retell the story in his own inimitable way in an extended poem. New chamber music was composed by Guildhall School of Music & Drama professor Matthew Kaner. It’s a very unusual line up - viola, cello, cor anglais, clarinet and horn with the eerie childhood sounds of toy pianos. The story teller is the wonderful narrator and soprano Adey Grummet (whilst the story is mostly spoken, she occasionally bursts into song at the most tender moment). And a process of transformation and metamorphosis began to take place as Clive's images were reimagined for the stage through the eyes and hand of new artists - a model-maker, a paper-cutter and a puppet maker (me!)

How did you come to be involved?

It's a somewhat weird story - think of the theme tune to Roald Dahl's 'Tales of the Unexpected'. Clive Hicks-Jenkins contacted me in 2013 to do an online interview for his Artlog similar to this one. Fast forward to 2016 and one evening I was passing the Bankside Gallery where to my pleasure I came across some of Clive's prints. On the book shelf they had a copy of his Hansel and Gretel picture book which I loved. I had it in mind to email him my compliments but didn't actually get around to it. On my return home I asked my partner if I could get the book for Christmas. Then out of the blue, two days later I received an email from Clive telling me about the up-coming stage production of Hansel & Gretel from Goldfield Productions that he was involved in (not the book!) and would I like to make the puppets for it. I replied by telling him this story and then added "so hmmm… let me think about it".

How has this process differed from other productions you've worked on?

The scale of the puppets is quite small so many of the dynamics were almost the opposite. Usually the wood needs to be light in weight, hence I would use Jelutong, but in this instance we decided on lime wood which is heavier. In the past I also I had to do a lot of hollowing out, but with Hansel and Gretel I actually increased the weight by adding lead to the feet. The exception being the heads which are disproportionally large so they had to be hollowed.

How involved were Simon Armitage, Matthew Kaner, and Clive Hicks-Jenkins in your design and making process?

My involvement was actually only with Clive: the premise was to realise the working puppets from Clive's drawings including the fairly radical proportions. Clive's wish was to keep the look and also the essence of the drawings but bring some of my own interpretation to them. We exchanged a lot of images of his drawing and the puppet making in progress.

Tell us about the puppets you've designed and the puppetry in the show.

Both Clive and I agreed that the puppets had to have a very fluid movement. They are table top puppets with the puppeteers Di Ford and Lizzie Wort visible. The heads have a universal movement allowing them to look up and down as well as sideways. The legs are jointed at the hip by a combination of tongue and groove and leather. This means that the puppeteers can walk them well, sit them down but they can also add a bit of a wobble if they want. The hands have a leather joint at the wrist and wire rods to the palms which allows the puppeteers to make large gestures as well as gentle movements just by a slight twist of the control.