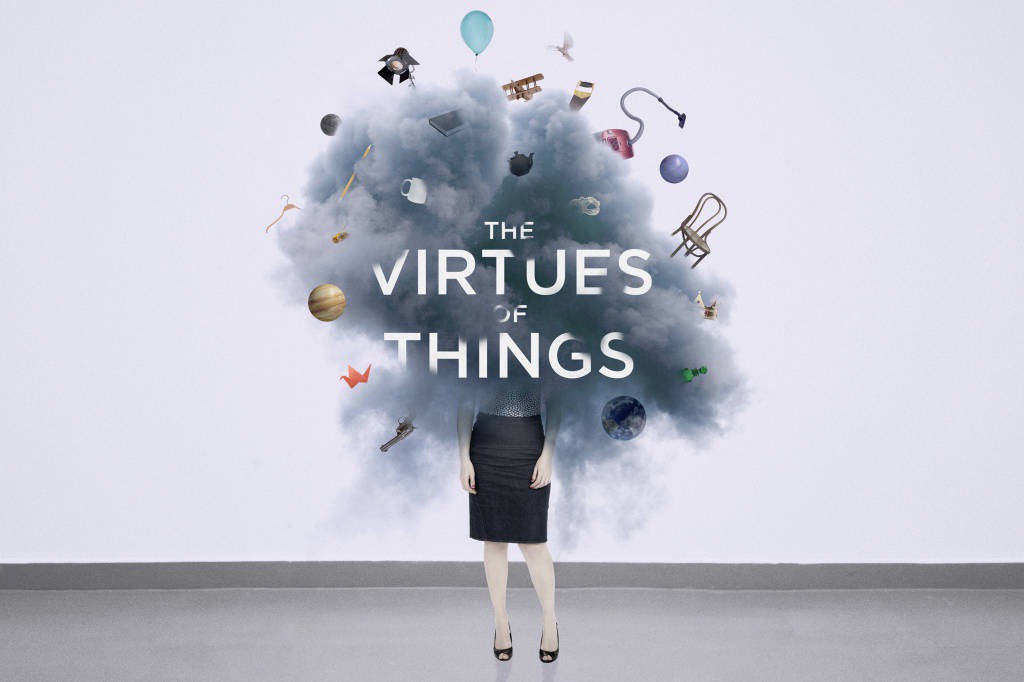 The man is sceptical but he steps inside the machine. He is not afraid; he knows it is only a facsimile, a fake. It cannot hurt him. But why do the people around him seem so convinced of the machine's power? They are in awe of its danger, and so suddenly he is too. Then the air is taken away and, although he knows it isn’t possible, he is gasping for breath, a face distended in horror behind a glass dome.

The above is a brief description of a scene from a new opera, 'The Virtue of Things', a co-production between The Royal Opera House, Aldeburgh Music and Opera North. The opera concerns the affairs of the De Selby family, a venerable clan of prop makers who have been employed by opera houses and theatres for generations. When, one day, they loose a vital member of their team (poor aunt Parabola) they are forced to bring in an outsider, a Mr Eames, to help them complete a model of the solar system. But Mr Eames is a t-shirt wearing iconoclast, and his new-fangled ideas threaten to upset the very fabric of the De Selby’s existence.

The opera brings into focus a key question in the creative arts: how close is the act of creation to an act of madness? When an audience is caught up in a show’s events, does that mean that they are, however temporarily, mad? Can an artist make something so convincing that he becomes lost in the creation itself? As the company’s Head of Props Antony Barnett says, “It’s not so much about the object, but how it is used.”

It’s an intriguing idea, brought to life by a capable and playful cast. A lot of work has clearly been done to ensure that this opera is not just a venue for fine music, but also for fine performances. Every character has their quirks, their implied histories. Entire relationships are hinted at in the briefest of gestures. I like how the De Selbys, collectively irritated at the intruder Mr Eames, take pains to distort his name at every opportunity. It’s a nice passive aggressive tic that both fits the characters and makes for a hilarious musical motif.

The first two thirds of the show work very well as a light comedy, with the De Selbys clashing both physically and philosophically with Eames. The last third takes a sharp left turn into existential nightmare and, while there are some interesting ideas still being bandied about, the final scenes feel like they’re from a completely different show, one the audience has not been prepared for.

I spoke with Sally O’Reilly, the writer of the show, who made her Royal Opera debut with 'The Virtue of Things'. This was her first feature-length liberetto, and she spoke of her initial nervousness of entering the opera world as an outsider, not unlike Mr Eames. But, unlike Mr. Eames, Sally was quickly made an integral part of the creative process.

“There was a constant dialogue with everyone,” she said, “as a writer, I was used to a more insular process. Here everyone was involved – it felt very healthy.” In the construction of the story Sally took some cues from cinema, seeking to create on the stage a sense of cinematic pacing and rapidity of change. On the music she worked very closely with the composer Matt Rogers, who is also her partner. As an "art couple", as she puts it, they enjoyed a fantastic collaborative process, working together on the dramaturgy of the piece.

Enjoying its premier run at the ROH, 'The Virtue of Things' is a somewhat different sort of opera. Emphasizing cerebral ideas and character along with some fine music, the show, while containing a few missteps, stands as a most interesting concept, well executed.

“It’s not so much about the object, but how it is used.”

We watched 'The Virtues of Things' at the Royal Opera House, London in early May 2015.