This Is Puppetry: An interview with Drew Colby 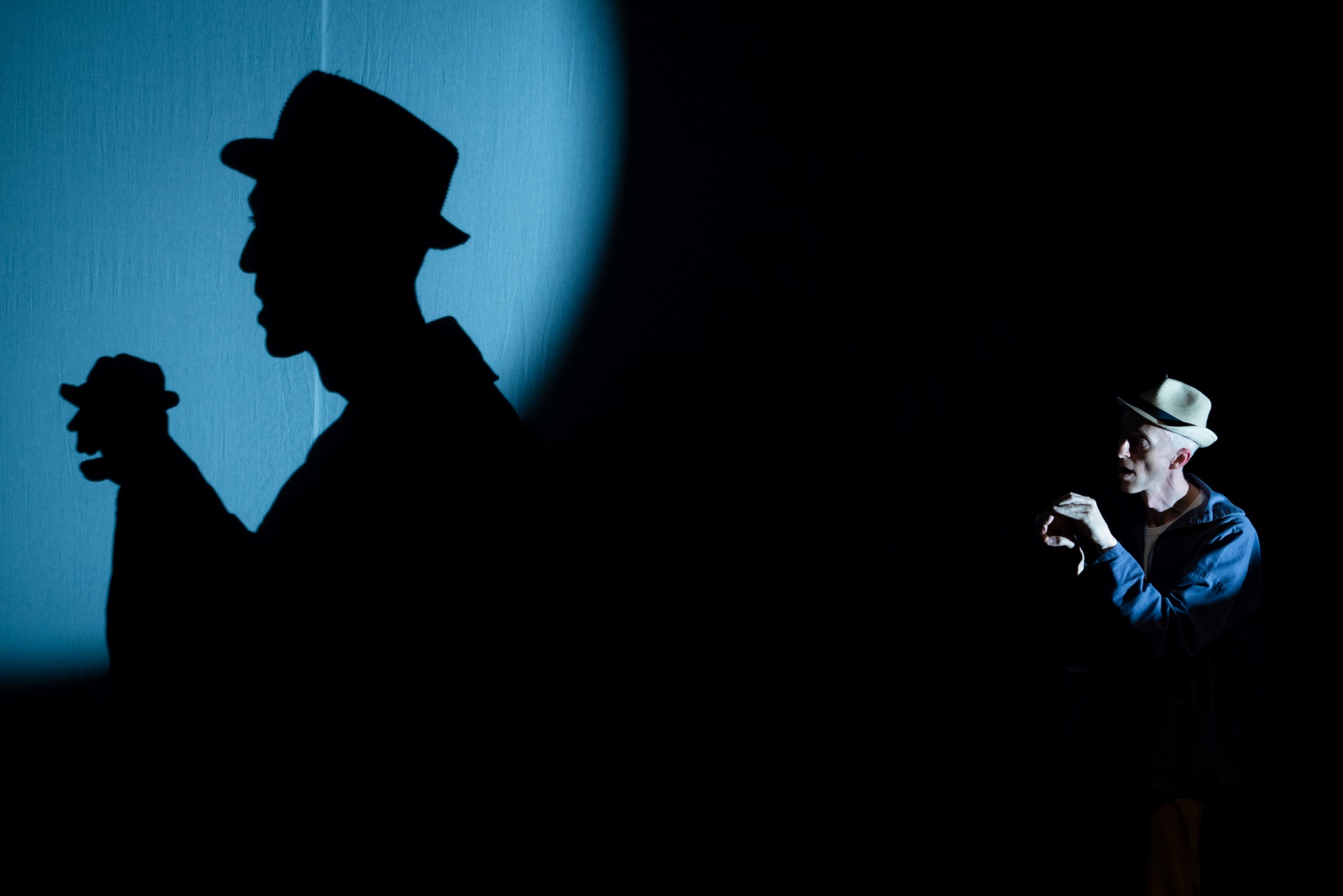 We sat down with Drew Colby, who works extensively with Hand Shadows in the UK and internationally. We hear some of his thoughts on puppetry and shadow. This is part of our series of interviews for This Is Puppetry.

I am a hand shadow performer (sometimes also referred to as shadowgrapher or shadowgraphist). Using mainly my hands, I create animals, buildings, famous people and short scenarios. My work takes me to schools, festivals, theatres and TV studios around the UK and overseas. I have performed on every continent (except Australia!)

2) Why do puppets work well as shadows?

There is a language of silhouette and shape which has a primitive resonance with everyone – the more identifiable an animal is, the easier it is to convey / the more ways there are to make the animal (for example I have six different ways to make an Elephant – some single handed, some with two hands). The very exciting dynamic with hand shadows is that the hands are three dimensional, while the shadow they cast is two dimensional. There are so many possibilities, when playing with this dynamic, for scale, movement and animation. Recently, in a workshop I ran in Turin, a puppeteer commented that she likes working with shadows for visually impaired people, as the simplicity of form is easier to see / there is less visual interference from colour / depth / pattern.

I was about five years old and performed Hansel and Gretel using toys (my earliest use of object animation) and the one puppet which I had made (a witch). I have always had a need to perform with a medium external to my body – nowadays, of course, the external medium is my own shadow.

4) What is your favourite puppet in your field?

I am asked this question a lot, and it is very difficult to answer. I really enjoy the hand shadow animals that have a versatility or range of expression (for example, the bear, which I learned to make when I was awarded the Puppet Centre Trust bursary in 2011, and the rabbit). I also enjoy making famous people (Trump gets a particularly great reaction from the audience) and the little duck I make (it swims along a shadow arm river) always gets a lovely reaction from children (he is sweet). Perhaps my favourite, though, is the mother Kangaroo (I first developed her for performances of “The Carnival of the Animals” but she has come a long way since then – she bounds across the screen, sends my shadow packing and then does a funny dance, before her joey pops out of her pouch (adults love this bit!)

So many stories! My equipment lost when I arrived for the first time in Delhi, only to be found by the airport staff three hours before I opened the Ishara festival with a performance of “Peter and the Wolf”. My very first hand shadow performance at Glastonbury, where a certain bit of anatomy crept inadvertently into the story of the three bears because of the wrist band (daddy, mummy and baby bear all had it!)…but I think one of the most memorable stories has got to be being in Donald Sutherland's trailer on set near Rome. I was teaching him to make a hand shadow rabbit, bird and person for a scene in Trust (recently on BBC2). I sat on the floor to demonstrate something, and he (at 84 years of age) joined me on the floor to copy me. The next day (on set in the restaurant of a five star hotel in Rome) I sat at a table to do the close up of the shadows with Mr Sutherland saying the lines over my left shoulder – and Hilary Swank sitting opposite watching the shadows. Grateful to my shadows for taking me around the world and making new friends wherever I go.

Watch this space for further interviews as part of our This Is Puppetry campaign - and if you liked this why not tell us on social media? @PuppetCentre on Facebook or twitter @PuppetCentre