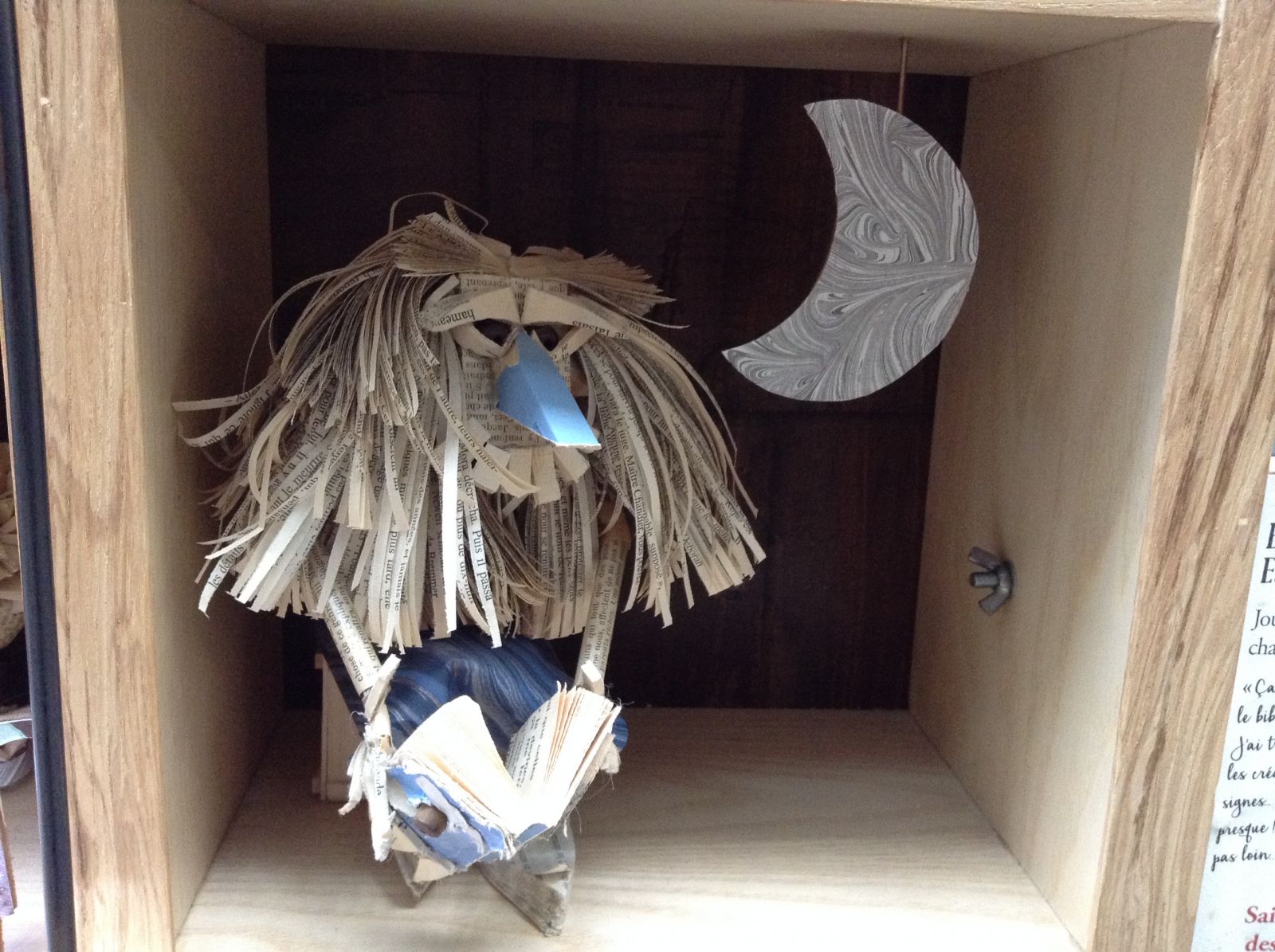 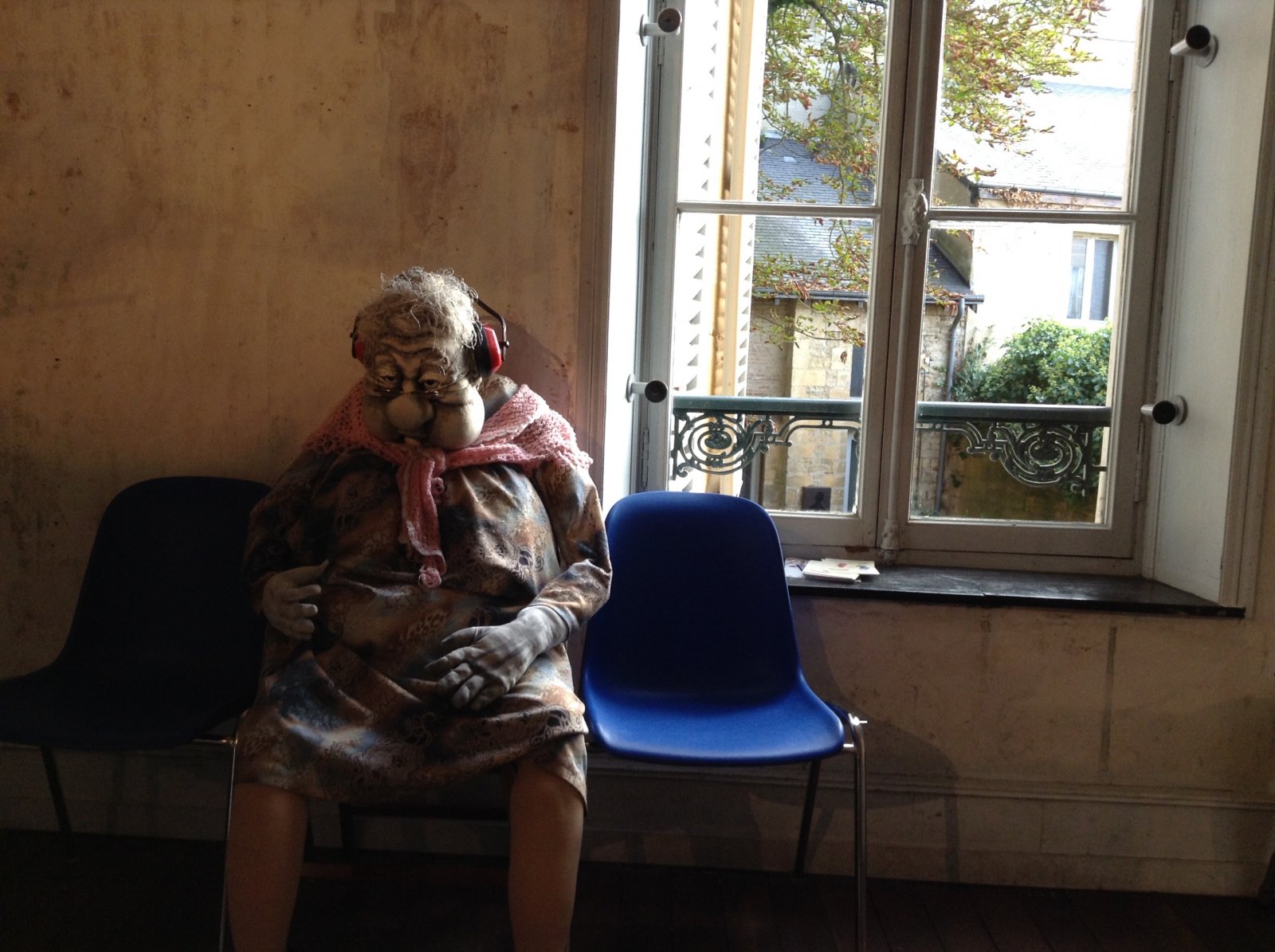 -- Puppetry has a particular relationship to silence.

-- Puppetry guides our attention without words. The ‘silence marionnettique’ is a withdrawal of the human to allow the audience to notice other things such as objects, the natural world.

-- Silence on stage allows silence to enter the audience.

-- A text may be the starting point for a performance without spoken text. A puppet play can be a scenario, a set of stage directions. Writing a puppet play is the work of dramaturgy.

-- We can play with words as material, not just sense: they can be spoken, recorded, written somewhere on the stage itself…

-- Text need not be the foundation of the performance. It’s a material like other materials. For me, all the elements – light, sound, text, puppets, actors – have the same weight.

-- When working with puppets, actors need to learn to leave a bit of extra silence for the words to resonate.

-- You can have empty chatter even in silence – if the stage is too cluttered, too busy with actions and references.

-- Silence is what involves the spectator.

These comments are drawn from a breakfast conversation organised by THEMAA [link: https://www.themaa-marionnettes.com], the French puppetry organisation, during the 2019 puppet festival in Charleville-Mézières in September 2019. Participants crowded into the café of the Institut International de la Marionnette (IIM) [link: http://www.marionnette.com] to discuss the theme of silence, the conversation punctuated by the pouring of coffee and the babble of a babe in arms.

Elsewhere during the festival, the Maison des Ailleurs, childhood home of the poet Arthur Rimbaud and the creative wing of the Rimbaud Museum, hosted a ten-day programme of installations and events connecting puppetry and poetry. Puppet ‘readers’ sat in the rooms of the house among books by contemporary poets available for browsing, a ghostly phone in the hall played fragments of poetry, a humanette poet invited visitors to explore shadow puppetry, and there were workshops and discussions [link: http://www.festival-marionnette.com/en/programmation-en/puppet-poetry] The programme was curated by director and poet Mateja Bizjak Petit.

Texts written specifically for puppets are in general far harder to track down than texts written for actors. An important ongoing project from UNIMA (the Union Internationale de la Marionnette) is a directory of contemporary plays written for puppetry, edited by Greta Bruggeman of the French puppet company Arketal. The directory is searchable by author, country and title, with brief summaries of each play and contact details. [link: https://www.unima.org/en/contemporary-texts-index-of-works] This is a great resource for discovering (for example) Iranian or Latin American plays, even if, in most cases, some further detective work is needed to track down an unpublished text via the theatre company that first produced it. Sadly, there are as yet no entries from the UK.

An important collection of puppetry texts in English is found in the 1999 double issue of Contemporary Theatre Review edited by Marion Baraister, including Faustus in Africa by Handspring, Doo Cot’s Odd if You Dare and Howard Barker’s marionette play All He Fears. More recent published texts for puppetry in English include scripts for stage adaptions such as War Horse (adapted by Nick Stafford from the book by Michael Morpurgo) and Skellig (adapted by David Almond from his own novel); Cake by Sarah Woods, a ‘fusion of writing, performance and object animation’; and The Broke ‘n’ Beat Collective, a collaboration between 20 Stories High and Theatre-Rites (Keith Saha and Sue Buckmaster).

Capturing the interplay between text and other elements in puppetry falls somewhere between traditional publication and archival documentation of a performance. While there’s now huge scope for multi-media recordings of performance, this ties the text to a particular production in a way that printed text or drawings don’t. (‘Does the puppet choose the text, or vice versa?’ asked the poets at the Maison des Ailleurs.) A visual storyboard of possible endings for the Faulty Optic production Fish Clay Perspex, drawn by Liz Walker, was published in Puppet Notebook (Issue 16, 2009). And in the introduction to her collection Baraitser says that in some cases she asked the authors to add details of the scene, movement, visual and sound elements to their texts for publication. How much detail should this include? The form of manipulation is part of the meaning of the puppet, but how much do technical terms like ‘rod’ or ‘tabletop’ puppet tell us about the detail of design?

Building your vocabulary
Raphaèle Fleury, director of research at the IIM, is leading a multidisciplinary team to document the vocabulary used in puppetry, to improve the compatibility between databases in different languages and facilitate translation and international collaborations [https://icima.hypotheses.org/terminologie] One of the outcomes will be a trilingual lexicon for puppetry and allied arts (in French, English and Spanish), with definitions, translations and, as far as possible, etymologies of key terms. The vocabularies of crafts are also histories of the transmission of techniques – consider, just for example, bunraku, cantastoria and crankies.

Cut up the books
Meanwhile the Charleville central library, the Médiathèque Voyelles (named in homage to Rimbaud’s poem about the colours of the vowels), was the venue for ‘Bibliochronic’, an interactive exhibition by Luc-Vincent Perche featuring automatons made of cut up books. Sacrilege or poetic reinvention of the material of performance? Visitors were invited to turn handles, assemble faces and animate the textual puppets for themselves.