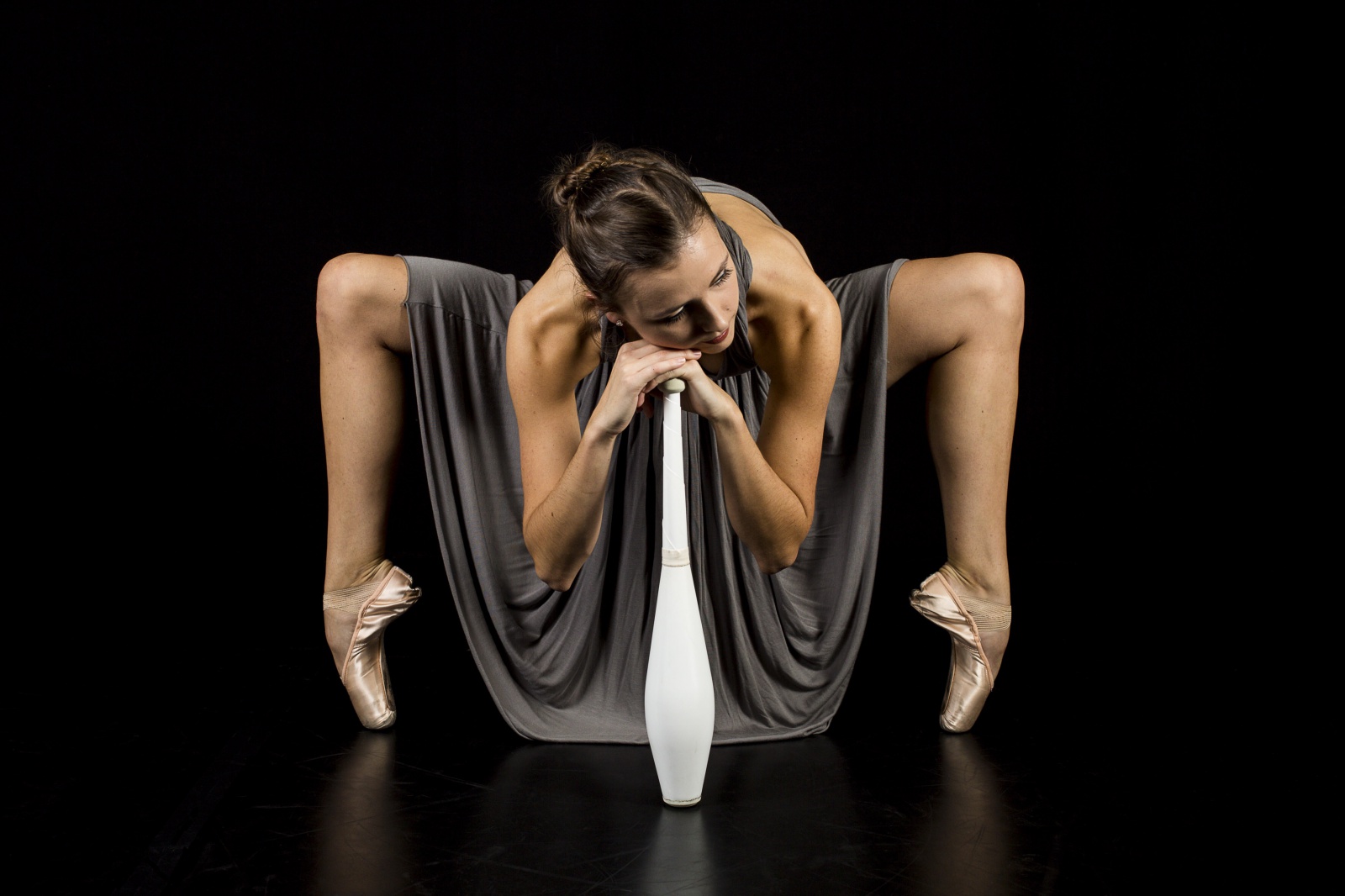 In Gandini Juggling’s latest work – '4 X 4 Ephemeral Architectures' – Sean Gandini’s juggling genius is combined with the masterful choreography of Royal Ballet dancer Ludovic Ondivela to create a unique, witty and often mesmerising production. Four ballet dancers and four jugglers perform a sometimes incongruous duel of technical prowess. In ceaseless frolic, they intertwine in a sort of pas de deux where the concepts of movement and space are challenged and re-defined.

It takes a while for the production to be truly engaging, but the pace soon quickens and more elements appear. The audience is then made participant not only by the sheer display of skill (which is truly impressive) but also by the subtle mathematical jokes, the scattered utterings in different languages, the inventive timing and the exploration of the space.

A bare stage, sober lighting design and a joyful original score – 'Supended opus 69' by Nimrod Borenstein – immerse the audience into a singular imaginary world in which lines, trajectories and newly formed shapes become protagonists. Bodies and objects move around the stage creating three-dimensional patterns in a playful exploration of possibilities. Individual performances come together into a harmonious whole, like pieces of a puzzle. The game gives birth to absurd clock-like pieces that quickly transform into ephemeral creatures, made out of juggling instruments and limbs, blurring the line between the animate bodies and the inanimate objects manipulated in complex synchronicity.

The precision that characterises both disciplines is displayed with ironic moments of mathematical poetry. Despite the exacting demands and the complexity of the relationships on stage, the tone is always light and humorous, giving chance for error, and even cherishing it. In '4 X 4 Ephemeral Architectures', the audience becomes an accomplice and the other-worldly becomes earthly.

"Bodies and objects move around the stage creating three-dimensional patterns in a playful exploration of possibilities. Individual performances come together into a harmonious whole, like pieces of a puzzle."

We watched this performance by Gandini Juggling at the Arts Depot, North Finchley.