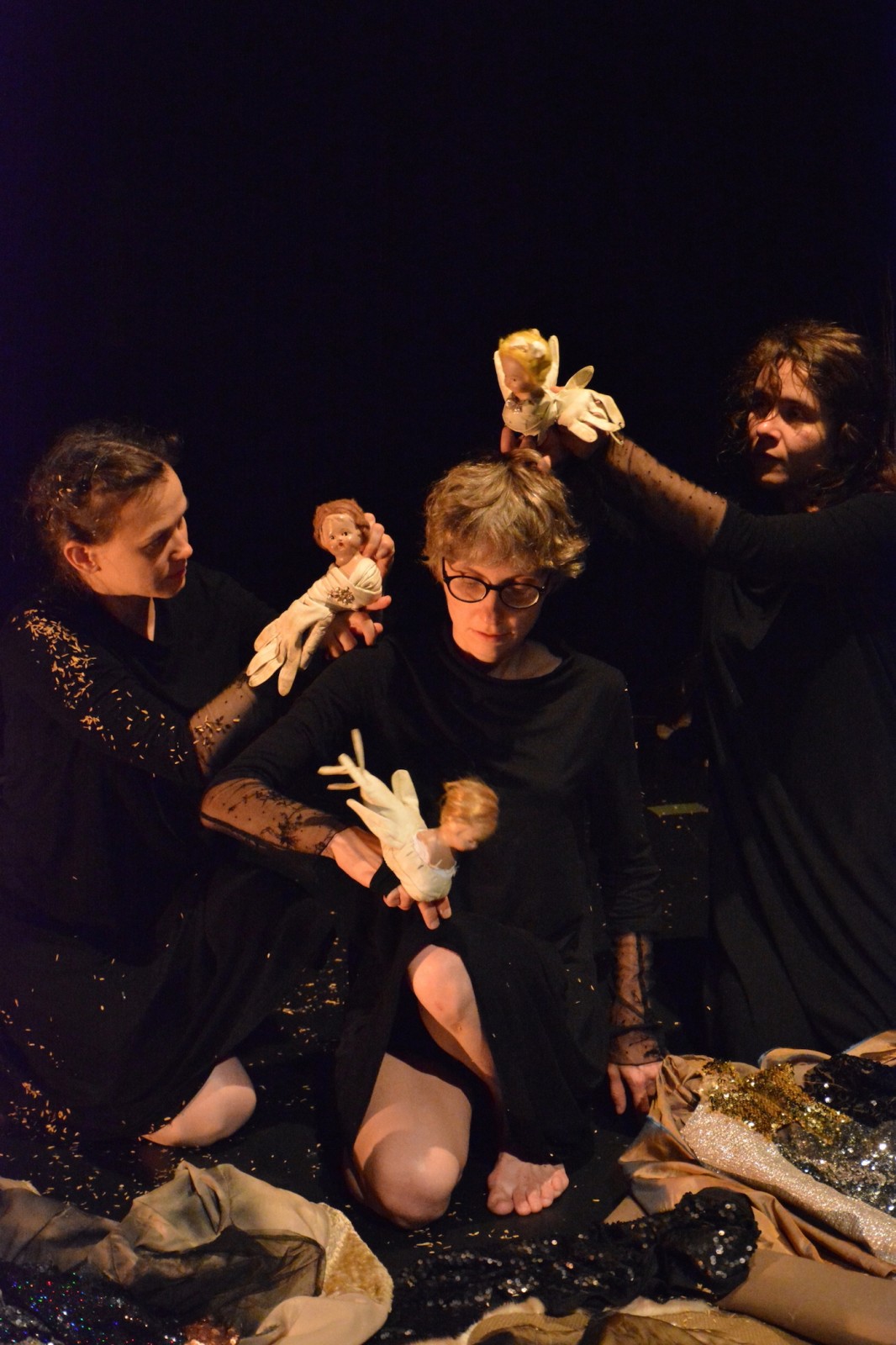 This year’s Manipulate Festival brings the first of three shows to Norwich Puppet Theatre. La Compagnie Samoloet travels from its Parisian home to showcase After Chekhov – a performance inspired by Anton Chekhov’s play Three Sisters. Its director, Anna Ivanova-Brashinskaya, worked closely with the ensemble cast to create the show together. Founded in 2016, the relatively young company is built on the principles of theatre d’auteur which sees all performers workshop and compose a performance as one. Polina Borisova, Vitalia Samuilova and Sacha Poliakova perform to a sprightly piano score by Roman Dymny.

The three performers utilise their Russian training in their approach to the nineteenth century Russian playwright and writer. Chekhov’s themes of family and homeland steal their way into mirrors, clothes, family photos and tiny Victorian dolls. The dolls dance into life as childlike puppets on the end of extendable rods. Small, old-fashioned wire beds transform into windows to gaze from on the endless nights. Each character recreates their family life through the objects, raising the question of what is real or imagined.

The physical world they create is powerful in its symbolism. Bunched reeds dot sparsely across the stage, providing a straggly forest. We watch an old photo album transform into mansion house windows holding a tiny darting light within. The charming creepiness of the dolls carries sinister undertones. When one character is visited by the possible memory of childhood, the foreboding atmosphere mounts. Long skirts wash over her face in the dark that spark tingles of unease in the audience. A light-hearted finale relieves the tension when the three girls transform into small birds and flutter cheekily to Tchaikovsky’s Dance of the Sugar Plum Fairy.

A homage to Russian literature and culture, After Chekhov is best appreciated with a familiarity with his plays and the themes he explores. In many ways, I spent too much of the performance trying earnestly to piece together a narrative that wasn’t necessarily there. But in the end, the team delivers a beautifully melodious presentation on the homeland, underscored by striking visuals and stirring sound.

"a beautifully melodious presentation on the homeland, underscored by striking visuals and stirring sound"