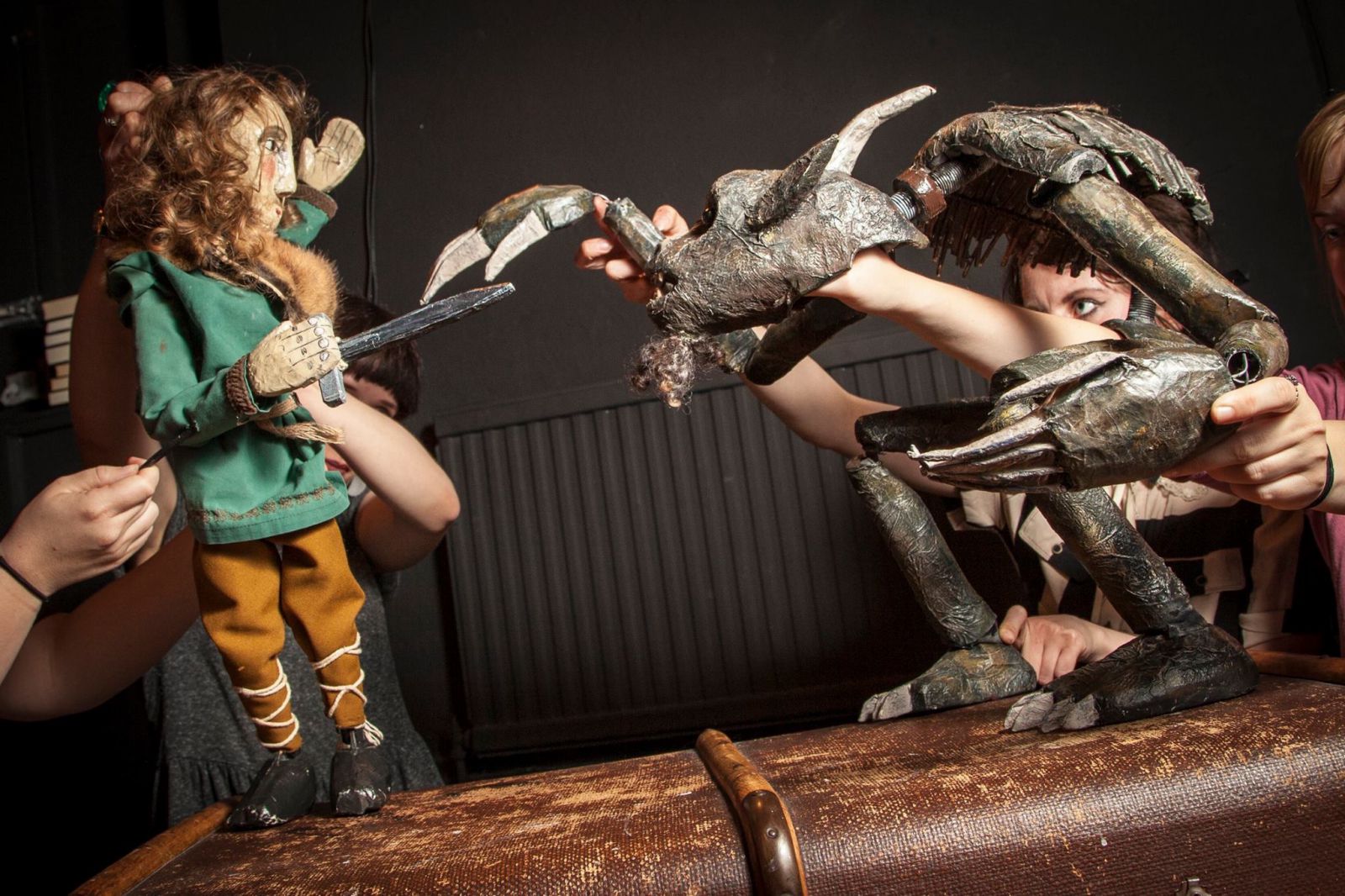 For over a thousand years, 'Beowulf' has haunted English literature. Written in Old English by a poet whose name has been lost to history, the tale of the eponymous hero and his fierce struggles against several creatures of darkness is known to every student, every folklorist, every lover of fine tales in the world. Adapting so long and daunting a story is no easy task, and it’s to their credit that Barely Human Puppets have done so good a job of bringing 'Beowulf' to life.

Part of the Brighton Fringe, the play is held in an old church. The audience sits in the pews, the wooden rows creaking and sighing as people make themselves comfortable. The stage looks unready: just a black backdrop, with some equipment boxes left scattered around. Three people, two men and a woman, are at work in the corner. They are dressed in modern civvies and appear to be techies.

One, a large man with an imposing voice, approaches the audience and explains the show has had some technical issues and is starting late. He rattles on about safety regulations; fire exits, warning bells, etc. He opens the equipment box: from it flows a thick sea of mist. He reaches in, and emerges with a heavy, ancient book. He begins reading from it. The lights dim. Sonorous words rush out from the dark, and wooden figures scramble up the box as if it were a mountainside. The play has begun.

This production of 'Beowulf' is a fine demonstration that limited material resources (puppets, a box, two wooden ladders, lights) can be made to work wonders in the right hands. The puppets look great. There are only a few of them: there is Beowulf himself, in this interpretation a fresh faced, idealistic figure. He seems a bit too young for this kind of thing. There is Hrothgar, the ageing king. There is the wretch from the dark of the earth, Grendel: a skeletal, bleating thing that crawls and whimpers and casts long shadows on the curtains. Entire landscapes are created by creative jumbling of limited props, and much credit must also go to Paul Mosley, a virtuoso musician, who in his secure corner conjured up swamps, chills, armies and devils with a unceasing parade of musical instruments.

Tom Dussek plays the poet, and in a similar fashion to Japan’s Bunraku, he provides the voices of all the characters (save one) and also delivers the ruminating, philosophical asides that help expand the world, and deepen its impact. It’s a tremendous job, for he also often gets involved with the action, offering a helpful hand to a puppeteer or aiding with the (many) set changes.

A dark, brooding show full of poetry, fire and mystery, 'Beowulf' is a fine way to introduce both adults and children (of stout heart! Grendel’s not for the easily frightened!) to a legend that has endured to our time, and will likely still be told in the distant future, when all the cellphones are dead.

"A dark, brooding show full of poetry, fire and mystery"

We watched 'Beowulf' at The Dukebox at St Andrew's during the 2015 Brighton Fringe.