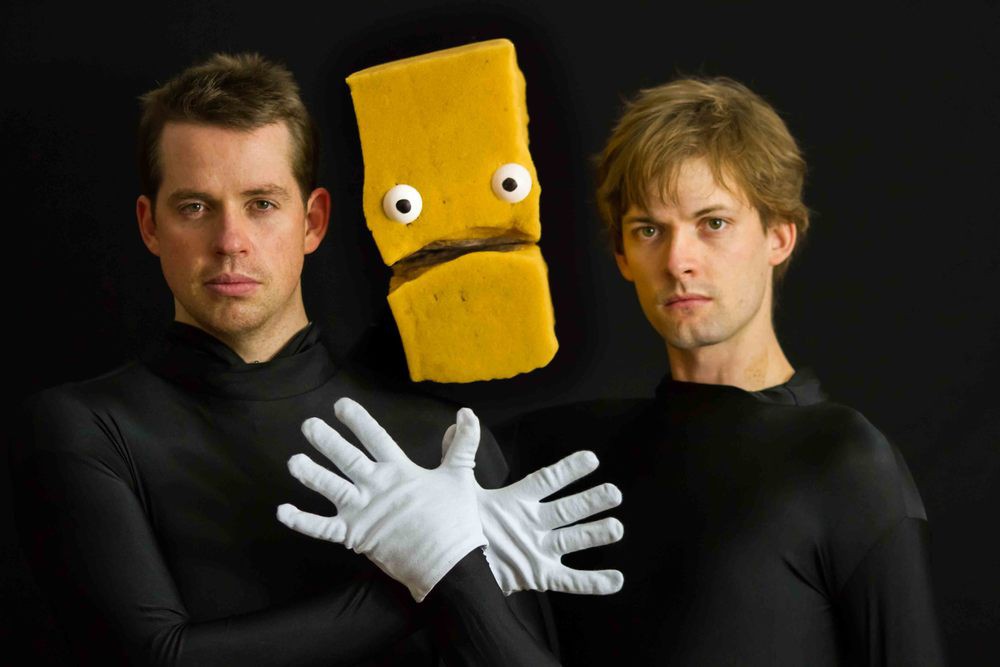 Bruce is merely a block of sponge with stick-on eyes, a cut out mouth and white gloved hands. That’s literally all he is – and yet Bruce is capable of multi-rolling all the numerous characters in his show. The stage is bare but behind Bruce there are two masked puppeteers in full blacks. One is responsible for his head movement and his voice, the other his hands and the sound effects through the piece. This show is perfectly minimal for the Edinburgh Fringe but don’t let the appearance fool you – Bruce’s story is grand and you’re in for a ride.

The show starts with Bruce’s spaceship having trouble re-entering the earths’ atmosphere. The voice on the other end of the radio is Debra, his girlfriend pregnant with his baby. The scene swiftly moves onto series of flashbacks, revealing his courtship and an encounter with his lifetime enemy Joe. We then go back to where Bruce (a former cop and ex-drug addict turned million-selling author) ended up in the spaceship. Then the story enters time-bending territory.

The construction of the story, its tempo and the theme are so cinematic that sometimes I felt like I was watching a movie, forgetting that it is all done with a single block of sponge.  Through carefully-defined changes in voice, postures and gestures, we could clearly identify all the characters even when these characters were in conversation with one another. It is a dialogue-driven piece, but one which contains strong visual moments and that let us read different emotions from Bruce's innocent-looking face when it was turned to the audience.

The technique of the puppeteers, Tim Watts and Wyatt Nixon-Lloyd, was very good: the fixed-point relationship between head and hands to create an imagined body was consistent, even from the tight angle of my aisle seat. Their choice of simple puppet design came into its own during Bruce’s trance moments, where his body detached and gained an extra hand. I was eager to see more of this kind of illusion since they achieved such good head-to-hand coordination. The manipulation seemed simple and effortless, but there is a lot of skill and discipline on display.

Bruce was a great reminder of how a simple puppet can portray such a vast story. He's just a block of sponge, but the audience fell in love with this fella, and he took us on a rich and enjoyable time-travelling journey. It was truly delightful to watch.

Created and performed by Tim Watts and Wyatt Nixon-Lloyd

'It was truly delightful to watch.' Aya Nakamura

Please note, we recommend that audiences for BRUCE are 15+.