'Dead Dog in a Suitcase' – Kneehigh 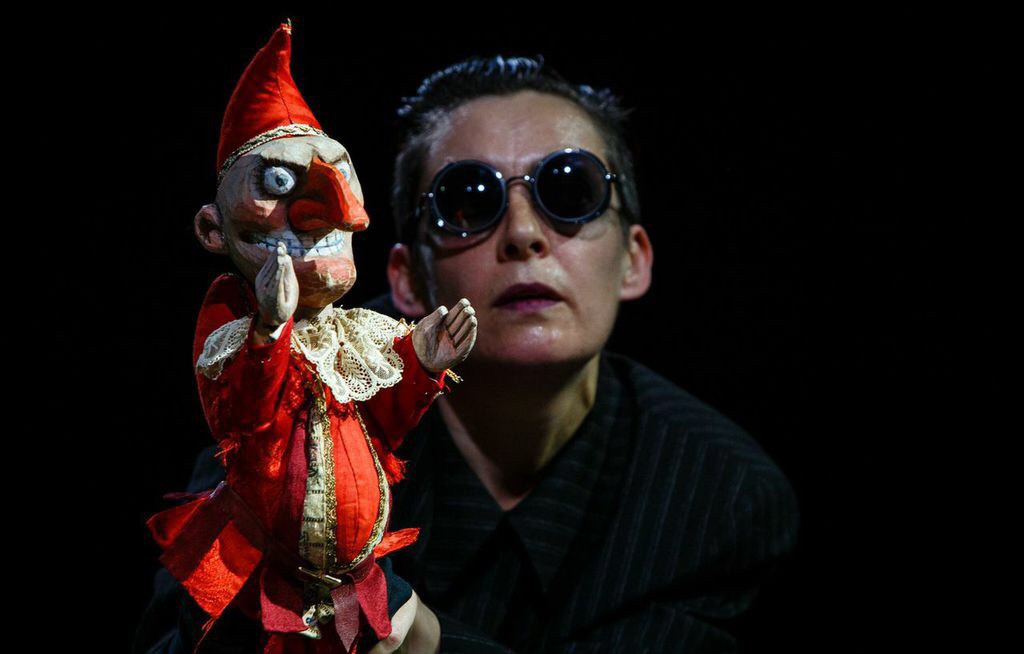 This is a fabulous show. Infused with theatricality, fun, tense drama and darkly macabre characterisation, director Mike Shepherd has created a compelling spectacle. 'Dead Dog in a Suitcase' is based on John Gay’s 'Beggar’s Opera', with influences from Brecht, Tarantino, 'Breaking Bad' and that lord of anarchy, Mr Punch. Performed at the Lost Gardens of Heligan in Kneehigh’s theatre tent The Asylum, what better name for a theatre to host a show about lovers, rogues, criminals and death?

The set is a gloriously Meyerholdian kids’ playground of slides, wheel-about platforms, climbing frames and puppet booths that the performers clamber deftly over, through and across as the story is told using music, acrobatics, puppetry and straightforward storytelling.

It’s energetic and fast-paced throughout and the musical score, composed by Charles Hazlewood, carries the whole thing: ska rubs shoulders with dubstep, punk, glam rock and Purcell. Punch and other glove puppets, operated by Sarah Wright, appear as a backdrop to the main story, reminding the characters of the vein of anarchy, greed and passion in everyone, beyond all social conformity. This downbeat grunge underworld recalls the wildness and savagery at the heart of human nature, but the characters are loveable and we want to know what will happen to them.

There are carnivalesque scenes of mayhem in a brothel, cross-dressing, pole dancing and all; a hilarious scene in a nursery where the protagonist is attacked by his own vindictive and demanding babies; and opportunist lovers’ deals beaten out in a prison cell, all leading to a dark and throat-catching denouement where the tragic truth is sung to us: "Only at the end of days/do we try to change our ways/Only in the dimming light/Do we dare to seize our chance..."

The final climactic and explosive finale is a macabre dance with death and the show goes out with a bang. I haven’t seen a show as good as this in a long time. Go and see it. Go and see it. I’m planning to go again.

'Dead Dog in a Suitcase'
Kneehigh

'Dead Dog in a Suitcase' plays at the Lost Gardens of Heligan, Cornwall until 29 September; and then at the Bristol Old Vic from the 8-25 October.