'The Devil with the Three Golden Hairs' - The Clockwork Moth 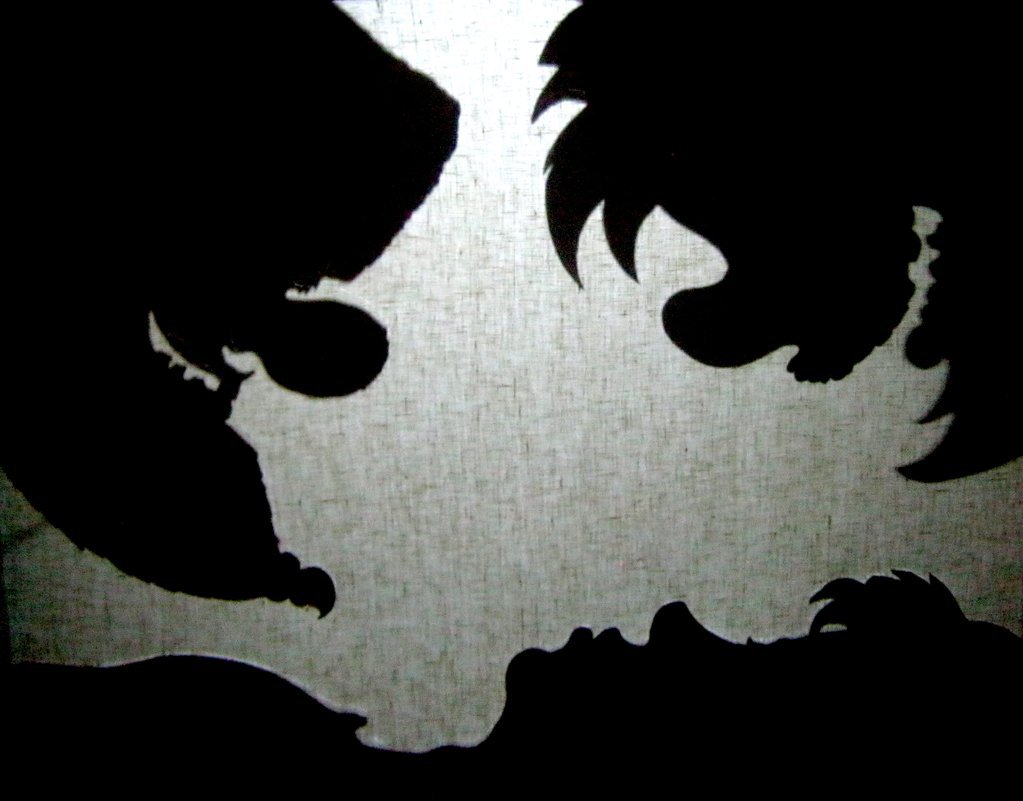 The stage, before the lights go down, is deceptively simple. There is a black screen, roughly the height of a tall man. Cut neatly into that screen is an opening, the shape of a square. Within that square is white, smooth fabric. The audience is restless as they crowd in; this is the Rosemary Branch theatre, a gaggle of chairs cramped into an attic space above a pub. Adults peer dully at the sparse stage before them; children, restless, wriggle in their seats. Then the lights go down, and the fabric is illuminated from behind by a soft glow. The open square has become a window, and the children (now entranced and still) find themselves looking into another world.

This is the opening of Clockwork Moth’s shadow puppet show, “The Devil with the Three Golden Hairs,” an adaptation of the classic story from the Brothers Grimm. Based in Devon, Clockwork Moth cite the beauty of nature as one of the chief inspirations for their shows, a fact evident by the exquisite details infused into every scene. Here, a shadow is not merely a shape cut from darkness; pretty, perhaps, but motionless. Here, dragonflies dance amidst the swamp reeds. A glance down a rancid sewer reveals a snail going about his business. Keen observation is rewarded by discovering tiny animals amidst the thickets, or faces grinning back from the trees. There is life and surprises bubbling in the corners of every moment of the story.

The story itself is a classic fairytale. A prophecy states that a boy born to a peasant woman is destined to marry the King’s daughter. The King, a vicious old tyrant who habitually runs about town disguised as a washerwoman (with full beard, no less) hears of the prophecy, and promptly sets about attempting to do the unwitting lad in. This being a fairytale, there are many twists and turns, and eventually the lad finds himself on a quest to obtain three Golden Hairs from the head of the Devil himself, all enroute to a happy ending.

In this show it’s not so much the tale that fascinates as the way it is told. There is the shadow puppet show, yes, but there is also the storyteller (a young woman who sits to the side, speaking the voices of every character and narrating the action) and the musicians (who provide a truly eclectic live score). This trinity of different schools of artistic talent recalls the set-up of ningyo joruri, with puppets accompanied by storyteller and samisen.

Worth it for the visuals alone, 'The Devil with the Three Golden Hairs' is twilight entertainment, a place of dim light and mysterious figures emerging from the night. I almost envy the very young children in the audience; this will be something to linger in their dreams, a sibilant whisper interrupting their future lives as adults. Whispering of magic in the dark.

'The Devil with the Three Golden Hairs'

"Worth it for the visuals alone, 'The Devil with the Three Golden Hairs' is twilight entertainment, a place of dim light and mysterious figures emerging from the night."

We watched 'The Devil with the Three Golden Hairs'  during the 2015 Suspense Festival in London.