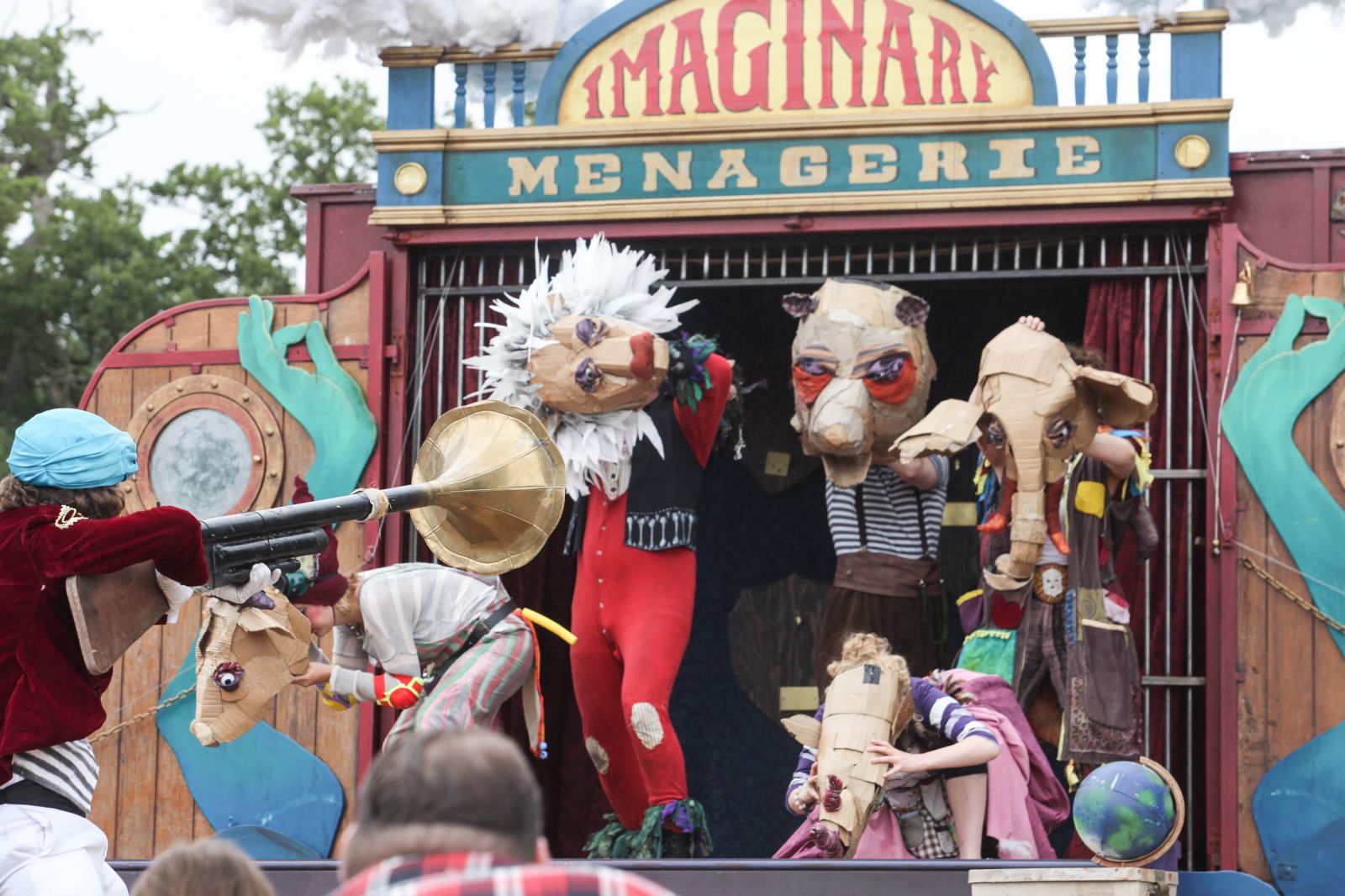 'Dr Longitude’s Imaginary Menagerie' is a camp, ridiculous romp through a zoo-full of fictional creatures and their peculiar keepers. We join the crew of Untrueologists on the verge of a discovery that they are very keen to keep secret: the Long-Snouted Chuffalump, a doe-eyed, three-legged creature that lays golden eggs. Well, not exactly eggs... From there they embark on telling the various stories of the creatures within the menagerie and how they came to be there.

Within the tales there are a few really lovely twists on the classic stories. The legend of Massive Paw, for example, is a fun subversion of the classic Yeti concept. The cast’s skilful manipulation of the set renders caves, jungles and the bottom of the ocean with relative ease. Characters emerge from unexpected places and often the creatures are portrayed through clever pieces of simple interplay, such as a noise and a puff of feathers. A particularly inventive device is the giant porthole at the back of the set, used to portray a solo synchronised swimmer’s journey to the depths of the sea.

'Dr Longitude’s Marvellous Imaginary Menagerie' is one of Les Enfant Terribles’ first family-friendly shows, and it definitely suits its audience. The children around me are engaged and entertained by the characters and creatures, and there are also enough sly references (including the momentary appearance of Nigel Farage) to entertain parents.

One element that did let the show down a little was the story. The piece is essentially an anthology of well-performed short stories tied together with an overarching plot but the overarching plot unfortunately lacks real conclusion. A search for Dr Longitude's father (skilfully tied in with a bit of audience interaction) is started but never finished, and there is a lack of real peril within the show itself. The musical element is also a little weak. The frequent reprises, although well-written, are vocally very similar and become repetitive by the end (although this was addressed by the cast). But, overall, 'Dr Longitude's Imaginary Menagerie' is worth seeing, especially with a young family.

"Characters emerge from unexpected places and often the creatures are portrayed through unexpected pieces of simple interplay, such as a noise and a puff of feathers."

'Dr Longitude's Imaginary Menagerie' plays at 1pm at the Pleasance Courtyard 6-11 and 13-25 August during the Edinburgh Fringe 2014.