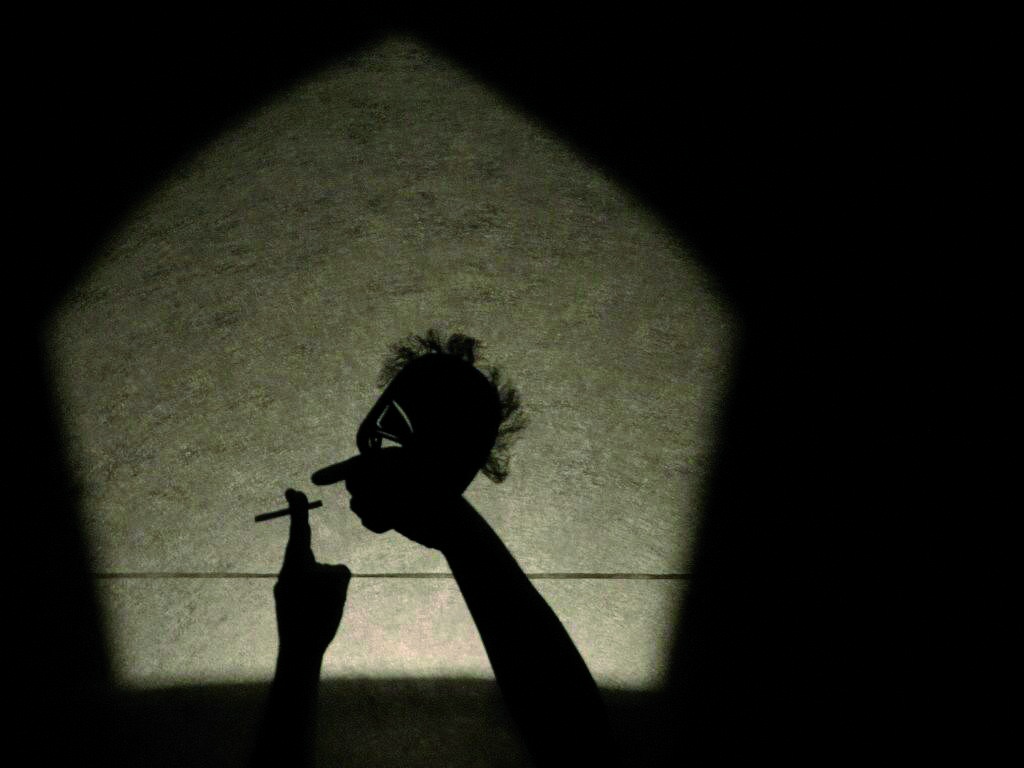 Cie Akselere’s 'Sleeping Beauty' is a touching and visually imaginative piece of theatre. Through the use of shadow and objects, Colette Garrigan (the sole onstage performer) transforms a restaurant table into the houses and shopping centres of Liverpool.

What is really special about this show is the imagination evident within some of Colette’s transformations: she changes herself into an instantly-recognisable shadow-witch through the use of a comb and a bread roll, becoming a grandmother cursing a granddaughter with a future heroin addiction. Later she sets the scene incredibly evocatively within a shopping centre using nothing but light and a toast rack.

An especially unexpected moment is the sudden appearance of two realistic miniature rod puppets. In a show where all of the elements are apparently constructed from found objects, to suddenly be looking into a perfect living room is a real magic trick. The love story portrayed within it is touching without being overly sentimental.

Colette tells the story in both French and English, and therefore frequently speaks in English then repeats herself in French (and vice versa). Colette is bilingual, having grown up in England but being resident with Cie Akselere in France. Although the use of both languages is a reflection of the linguistic dualism within the company, its use can be distracting.

However, Colette’s voice itself, and the voices that make up the soundtrack, are a crucial and intrinsic part of the show. Her tone at the beginning as she greets the audience is a little aggressive and unnatural but soon softens into a more classical story-telling style. One of the things that really works within 'Sleeping Beauty', besides the visuals, is the use of a very simplified soundtrack. The sounds come from two voices – a deeper voice, frequently representing a heartbeat, and a higher voice, singing in a simple, deceptively unnerving fashion. Colette’s own self-produced sound effects are never more than they need to be – she doesn’t go overboard with the moments she portrays.

"At one point Colette Garrigan sets the scene incredibly evocatively using nothing but light and a toast rack."