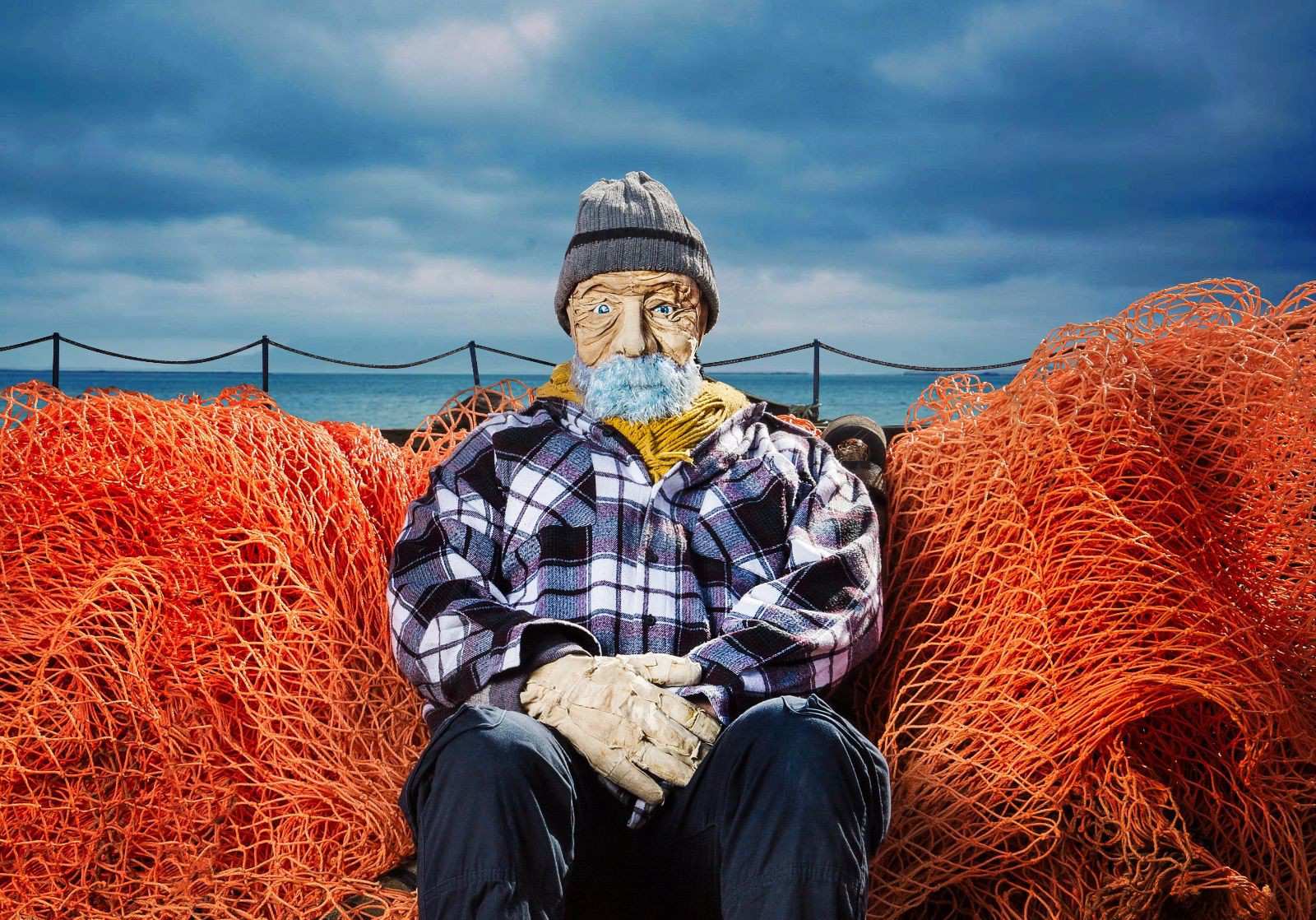 After a hugely successful tour of CELL (with co-creators Dogfish Theatre), Smoking Apples return to the Underbelly Cowgate with their new show In Our Hands - a tale of the struggles of family relationships, financial strain and an insight into the fishing industry. After seeing the brilliant CELL I was really excited to see what else this company has to offer, and was glad to see In Our Hands included in Lyn Gardner’s picks of what to see at the Fringe.

The protagonist puppets in this show consisted of just a head and one hand, which left the audience to fill in a lot of the gaps. The design therefore felt a little odd because they almost weren’t puppets, but masks. I spent the first half of the performance visualising the rest of the puppet’s bodies, but as the show went on the human actors began to merge with the puppets due to how the puppet heads were held. The torso, legs, and other arm of the puppet characters were made up of the human actors own parts, creating this strange amalgamation between human and puppet. For the most part this worked well, although it was then very strange to catch glimpses of the puppeteers head and the puppet head at the same time, which was impossible to miss as they were level with each other.

Smoking Apples present quite complex stories without using much text. The only time there was spoken voice was through an answer machine box and radio. This was apparent from both puppets and human actors, which is quite an achievement and it worked very well, but the sighing and other vocalisations to replace text were at times quite distracting. Although the puppets had no voice on stage they were able to speak if they left a voicemail on the answerphone which was jarring and did not really hold.

Although the company utilised the set well - and show creativity and imagination with it - the constant, quite lengthy scene changes distracted from the flow, and quite often the effort of the 'scene setting' outweighed the following action. This is not to say that some of the scene changes didn’t work, and in fact some were quite clever -  for instance, building a convincing ship from a cabinet and table. It was these moments that worked incredibly well, when they used the set in unusual ways - a fishing net as the ocean, a table top as a road. My favourite moment by far was the beautiful image of a drive in a rainstorm - using a toy car, watering can and lighting. Another was creating a flock of seagulls from bits of newspaper. This is where Smoking Apples works best - thinking outside the box with visuals, special effects, and sound - and their puppetry is included in this too.

Smoking Apples’ shadow work was incredible - as in CELL - and it was by far the most compelling element of In Our Hands. My only criticism is that there should have been more of it! The figures and backdrops were clear and expertly created, and moreover the movement of the figures were life-like and intricate. I would like to see this company moving towards more shadow puppetry work.

The puppet that stole the show was a little seagull figure - part finger puppet, part rod - and it’s constant struggle for food against the other seagulls. This little critter drew the audience in and provided light relief from the main storyline. The feet in particular worked really well, as did the head. It would have been nice to see some mechanism on the wings so that the puppeteer didn’t have to shake the puppet so vigorously for them to flap.

I was quite disappointed by In Our Hands, but CELL is a tough act to follow. I wasn’t convinced by the importance or point of the storyline and the constantly moving set really distracted from the show. If they had chosen to create images from a more static set, rather than going for complete realism for many of the passages, then the characters would have had more time to develop. Saying that, there were some really lovely moments and the company had an obvious hold on beautiful imagery and interesting approaches to sound and special effects design. They should really pursue their shadow puppetry as it is by far the strongest element in the show. I can imagine this production being enjoyed by younger audiences - even though it includes themes of alcoholism and debt - but needs further development to reach an adult base.

'Smoking Apples’ shadow work was incredible - as in CELL - and it was by far the most compelling element of In Our Hands. '