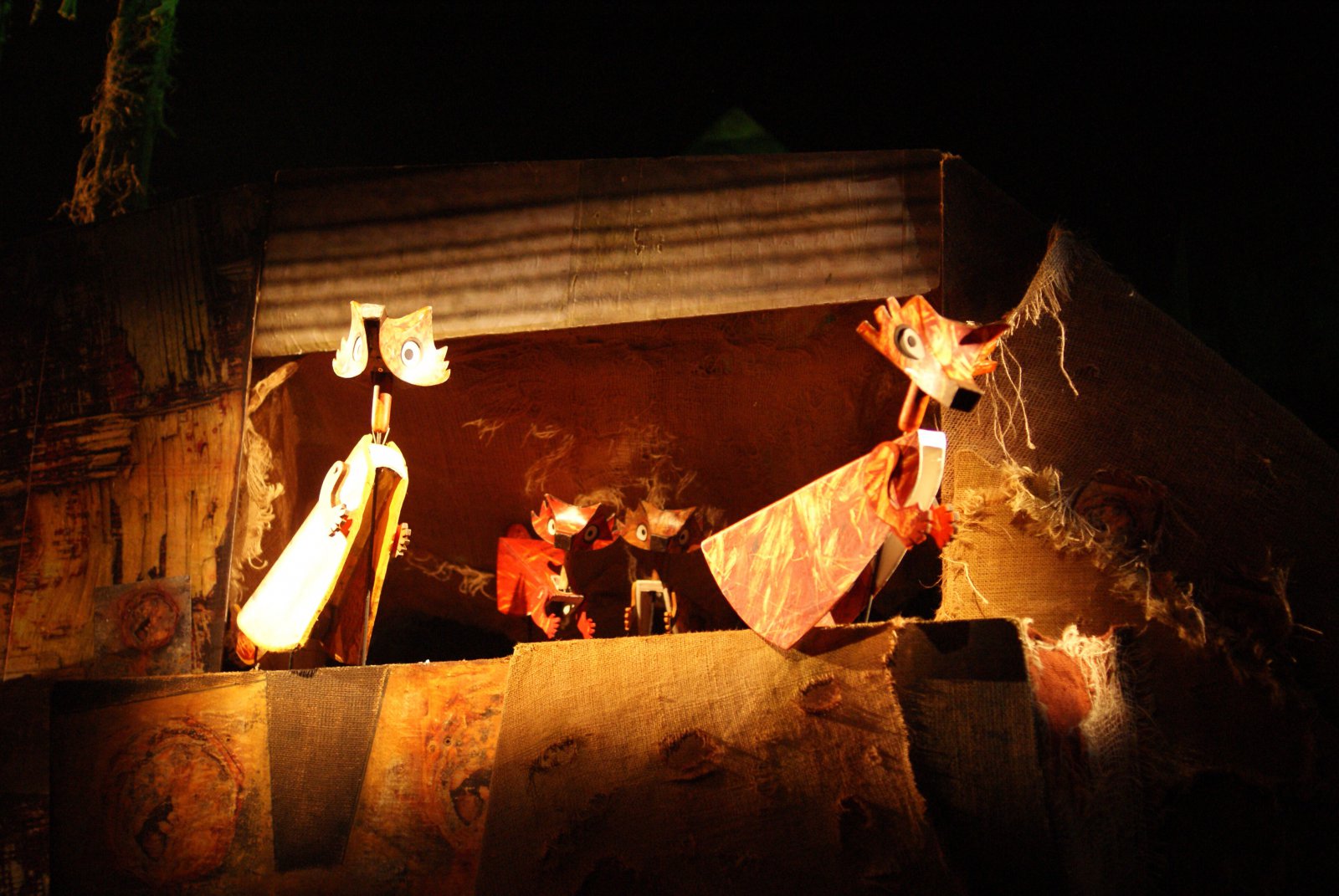 Roald Dahl's 'Fantastic Mr Fox' has been revived at the Little Angel Theatre with members of the original cast, with a script by Sarah Woods and directed by Steve Tiplady. The set and puppets, designed by Peter O’Rourke, have been restored beautifully and the production as a whole is incredibly attractive. The red foxes stand out against a lush green backdrop and the animal puppets, while simple, are a joy to watch.

Mr Fox’s nature as a wild animal isn't shied away from in Dahl's story, and we read about how he kills several dozen chickens. Slaughter is tackled sensitively in this family friendly production: the idea is here without the gore that could easily turn the scene from comic to off-putting. Mr Fox's virtually-identical fox cubs are made distinct with fully-formed voices and individual personalities, and there are some fun moments using the cubs as a linked group too.

For someone who grew up with the original Quentin Blake drawings, the appearance of the Boggis, Bunce and Bean puppets in this production lack the relentless threat found in Blake's illustrations. The farmers' characterisation is great – and the differences between them are marked – but their unpleasantness seems a little sanitised.

The set itself is very inventive. As the three farmers dig up an entire hill, and the foxes dig their way through the surrounding countryside, panels are removed and playing spaces vanish effortlessly. The transformation is something akin to magic. The children in the audience are clearly enthralled and completely transported to Mr Fox’s world. It's a great play for youngsters, featuring one of the best segues into interval that I’ve ever seen in a family show.

"The set and puppets, designed by Peter O’Rourke, have been restored beautifully and the production as a whole is incredibly attractive."