'The Flying Roast Goose' – Out of Chaos and Yellow Earth Theatre 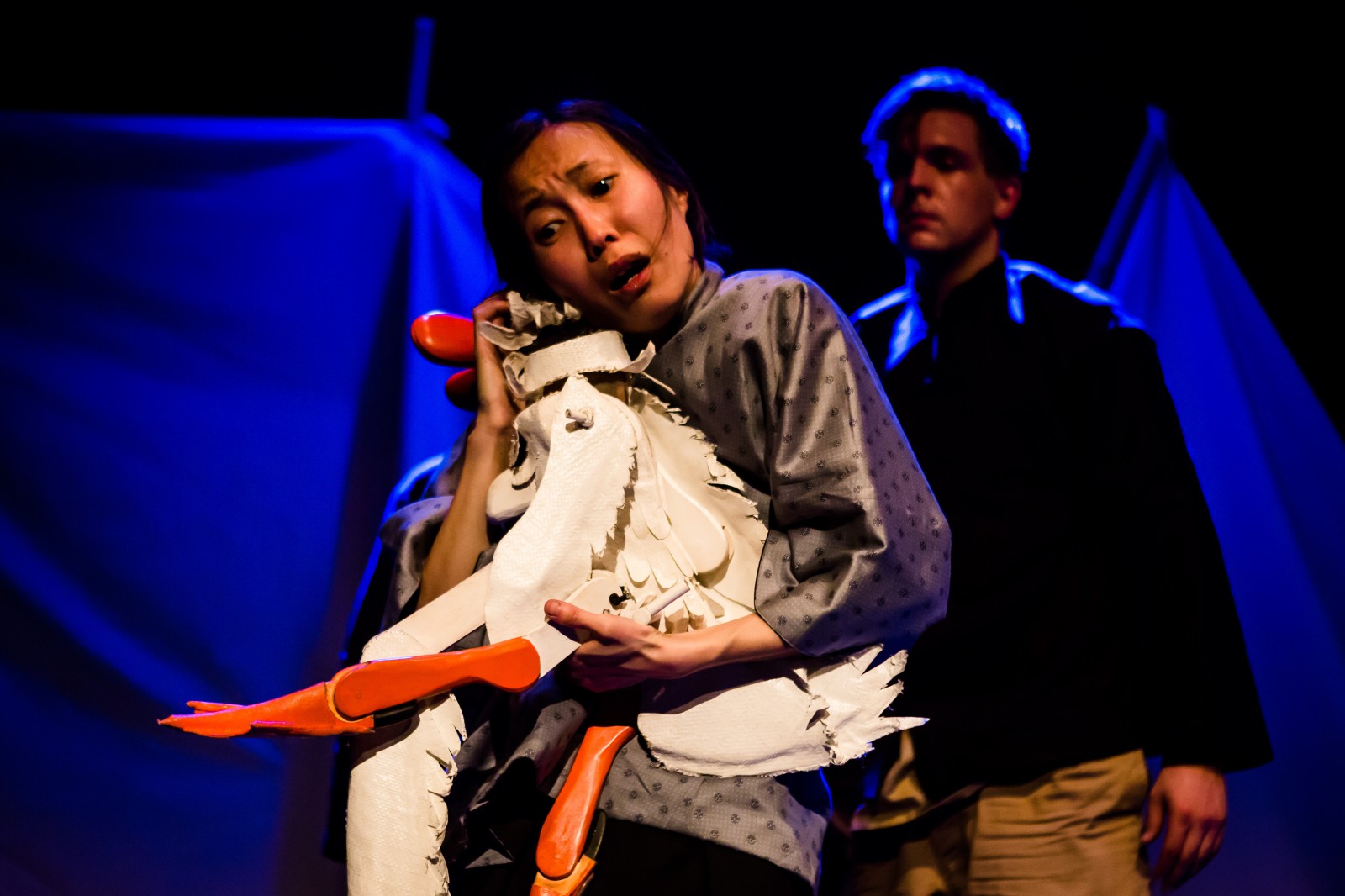 This charming piece of theatre has a strong story, part-narrated, part played out in dynamic images. Of its three performers, one is a central actor/narrator (Paula Siu, who gives a lively performance a little too strong for the small space), while the other two (Kristoffer Huball and Jane Crawshaw) show versatility as character actors and puppeteers. I expect to hear more of Huball.

The set is as simple and effective as the story: the former consists only of a cream linen drape set behind a transformable kitchen counter, which becomes a screen for projection and shadow puppetry, before turning into a sturdy cart to carry a few cooking implements. The story is of a Hong Kong street food vendor who adopts a goose, which in turn adopts strong anthropomorphic traits, such as affection for its owner and responsiveness to music. It is a pretty adorable bird, and Huball voices it very convincingly. We live through Hong Kong’s subjugation by Japan for most of World War II, when starvation takes its toll, as, I’m afraid, the title gives away. Several dramatic episodes enhance the show with colour and life: it is never boring.

The goose is a fine life-size puppet, animated with skill by all three performers in turn. It was made by Nerea Villares and Oliver Smart – Smart also responsible, with Robin Guiver, for the direction of the puppetry.

All in all, I enjoyed the intelligence and integrity of 'The Flying Roast Goose'. It will appeal to any audience over the age of 10. The director is David Ralfe and the dramaturg Rachel Warr, both of whom should be proud of themselves. I hope it has a future and I hope, too, a change of name!

"Several dramatic episodes enhance the show with colour and life: it is never boring."

'The Flying Roast Goose' plays at the Blue Elephant Theatre, London until 21 June 2014.