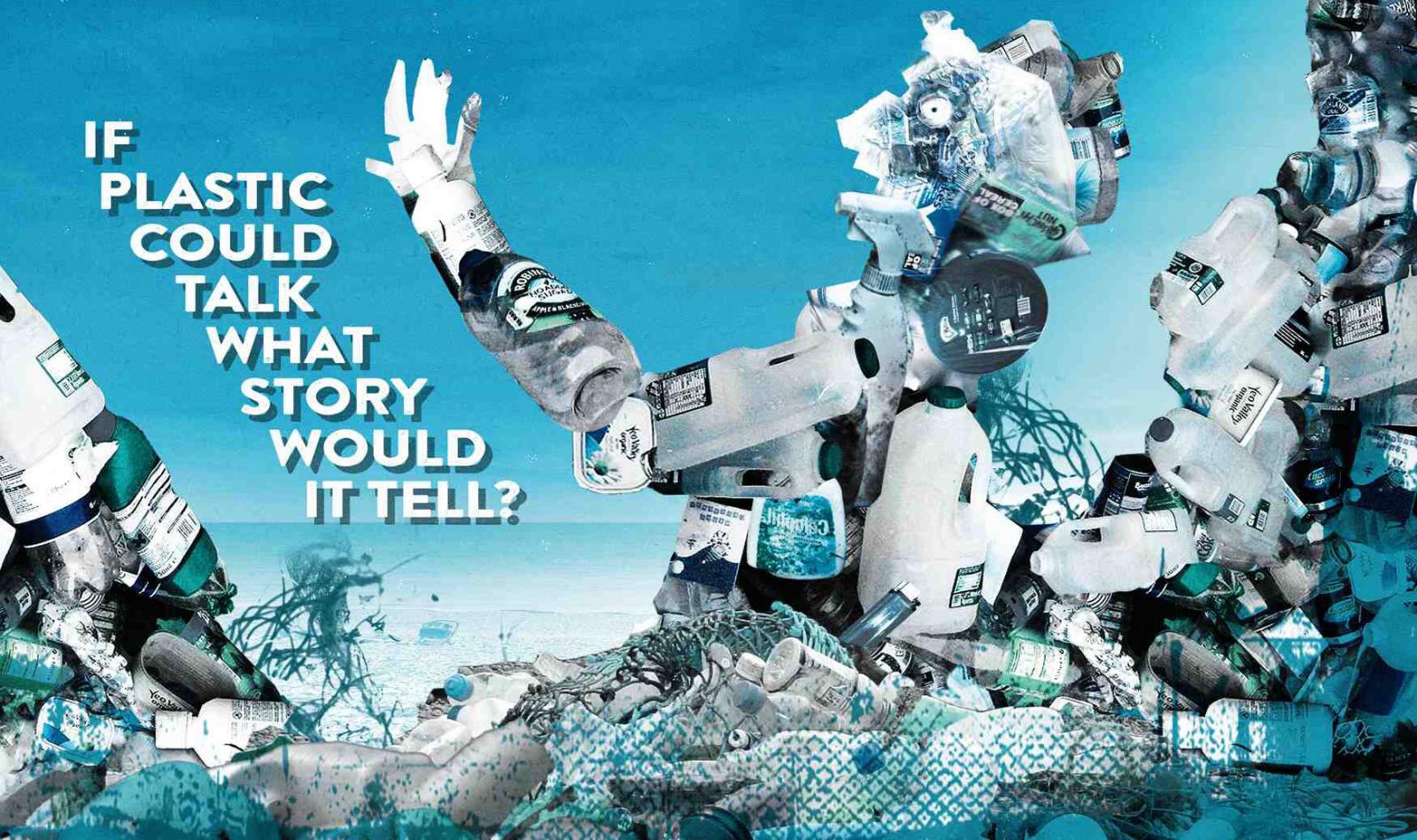 Brighton-based Feral Theatre's 'Invisible Giant', presented across the four weeks of Brighton Fringe, is a big, passionate, ambitious piece of work for young people, with enough theatrical ingredients for several lesser shows. It’s also, at this point, rather raw: the pieces both individually undigested and collectively in need of further coalescing together.

There’s a strand of abstracted shadow-led puppetry, of seascapes and other-worlds, that’s elegant and dreamlike, if a little too ethereal. There’s a delicious idea about the giant we decline to see, an elephant in our collective room: the waste we produce that’s laying waste to our world, as a growing, half-loved and half-rejected cuckoo-child-monster.

But before that, there’s a section with four post-apocalyptic rubbish sorters/collectors (cutely-named SCUZ: Sythetics Collectors in Underground Zones), sifting through a stage strewn with rubbish, pulling out key artefacts and telling stories or creating scenes with them. If this starts to sound familiar, it’s uncomfortably reminiscent of Theatre-Rites’s Rubbish, which has just finished its second stint of touring. I won’t list all the parallels, but accidental as I’m sure they are, they’re impossible to ignore, and this show inevitably suffers by direct comparison.

Having said that, there’s some precise and playful, if occasionally rather mannered, physical performance here, and some inventive object play. The storytelling is episodic and quick-fire, and circles around relationships, key life events, marriage and parenthood, family life. The things we think we’re building towards the future. But after a while the narrative fluidity means we start to lose the urgency of the storytelling. Shorn of context and clear consequences it feels like we’re watching object-improvisation exercises.

It’s not clear why two of the four SCUZ figures tell the story, and two observe; given that, it’s not clear what our – audience – place and role is. Is this Awful Warning? Future History? Bad Dream? Are the SCUZ storytellers sharing their own lives? A collective myth? A new imaginary history they’re making up on the spot in the face of the plastic they’re finding? I was sitting along from one of those charming young theatre-goers who kept a running commentary going for most of the show, and it was sad when he was repeatedly reduced to earnest questions that couldn’t be answered: who’s this? What are they doing now? Why? I had similar thoughts.

All this matters because it frames the latter – and much the stronger – section of the show. Here, we follow from conception (gleefully visual, although to uncertain parents) the giant that is made of our discarded plastic rubbish, taking life, being taken in, being rejected, going on an epic journey (back to his roots, in the floating storm of garbage in the sea?), trying to make contact with the living – a seagull – with accidental tragic outcome.

The Giant is figured imaginatively by a series of different-scaled figures, playing alongside actor-characters and in more epic scenes, although there’s a big puppetry mis-step when he “grows” from a large puppet into being played by a masked human actor – dramaturgically unrooted (and not further visibly increasing his size); this was the point my child-commentator got distressed and tuned out.

Throughout, in fact, it feels as though more rigorous puppetry would give a way in to resolving much of what is unsatisfying here – making clear choices, and clear performances, of who the puppeteers are, why they are choosing to enact these roles, tell these stories. How they slide between character and puppeteer, what their relationship is to their objects and to each other and to the audience, and how this changes: these would give firmer roots to the work. As in the big dramaturgy, so in the details: given the importance of flying and falling to the piece, it would be worth investing in finding better puppetry rhythms for these, for example.

But perhaps my biggest concern was about the ending, the final message of the show. It wasn’t clear what time-place we saw it from (post-apocalyptic, or in the moment, or sometime else?), and perhaps therefore I misunderstood. But it felt utterly, absolutely bleak: a simple – disturbingly beautiful – statement of our having ruined our world, and with nothing to be done. And, given that the mood and feel of the piece prior is often playful, even hopeful, it’s hard to believe that this is all that is intended, and it’s hard to know what the young audience can usefully do with this message. With the 'Invisible Giant', Feral have the raw ingredients, the material and the will, to make something more than this, that says more than this. I hope they will.

"With the 'Invisible Giant', Feral have the raw ingredients, the material and the will, to make something more than this, that says more than this. I hope they will."

We watched this performance at pop-up venue the Warren during the Brighton Festival Fringe 2014.