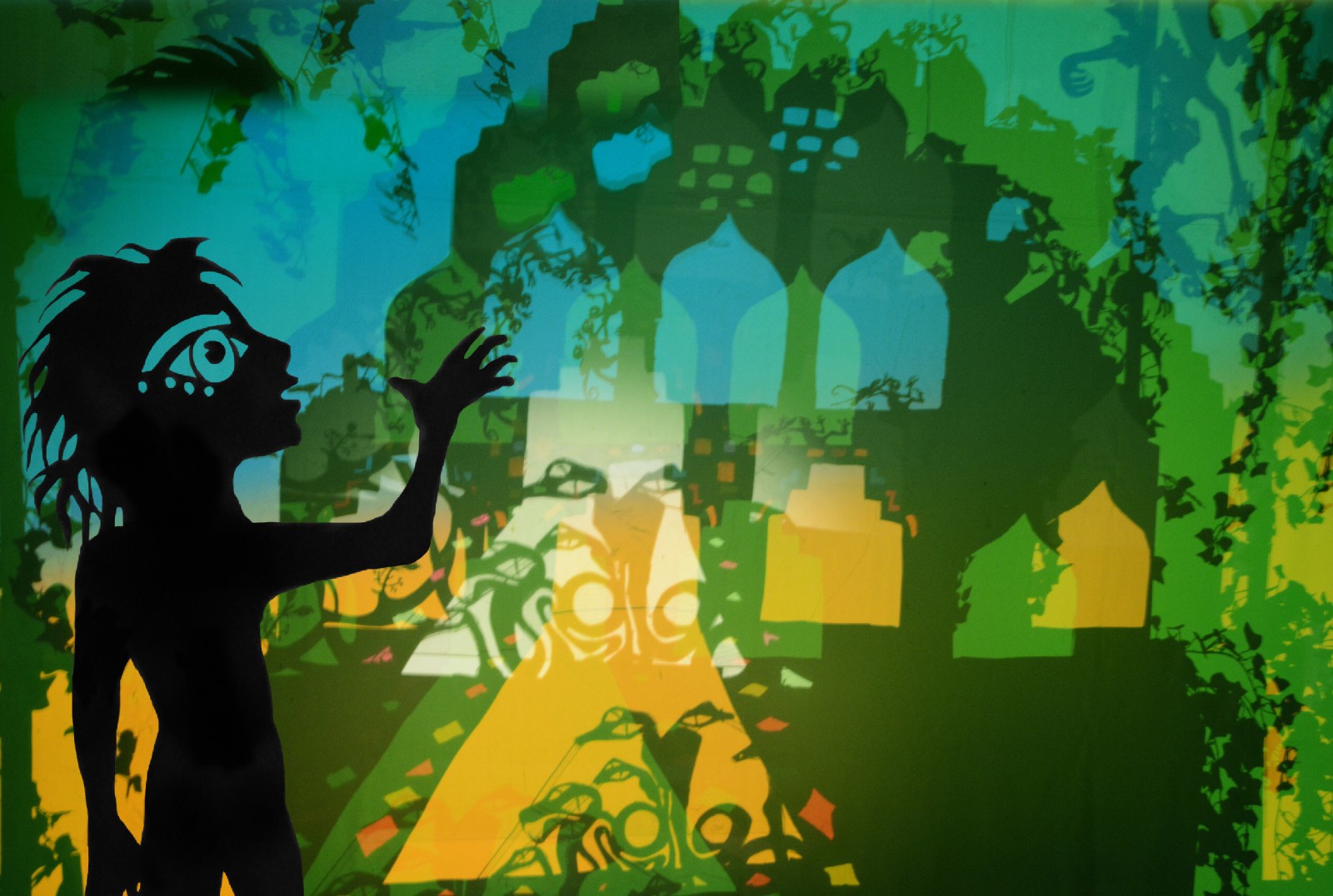 Using nostalgic, exquisitely made puppets, 'The Jungle Book' is a lesson in innovative shadow work from Yorkshire-based theatre company Indigo Moon. A cast of vibrant creatures, including much-loved Bagheera the panther and Baloo the bear, teach the young man-cub Mowgli the ways of the jungle. But life is not simply about swinging from the trees with glee because a host of villains, including the tiger Shere Khan and a troop of agitated monkeys, look set to spoil our hero's day.

The use of many different colours within each character, created by small perspex windows to enhance facial features or animal stripes, also adds to the intricacy of the performance, as does composer Haviel Perdana's immersive soundtrack, which relies heavily on the use of Indian tabla drums to build on the feeling of being deep in the jungle.

The action moves seamlessly from one fantastic scene to another and it's only during the epilogue, when puppeteer Anna Ingleby appears from behind the screen to continue the performance more intimately, that you realise the puppets are being controlled by a sole performer. This sudden appearance of the puppeteer in the flesh seems a little disjointed but it does provide an opportunity to admire designer Susanna Samanek's beautiful puppet creations up close.

Ingleby's talent is clear in her ability to voice several characters in a single scene through a microphone headset, while simultaneously operating all the puppets. The dialogue is particularly enjoyed by younger audience members, who often excitedly mimic the howls of wolves or the hiss of a snake.

Further delights are in store at the close of the performance, when Indigo Moon pull back the screen and lay bare all elements of the show. To see the glimmering, coloured perspex windows and intricate cut-out work of the monkey temple is a special treat. The company's craftsmanship can't be denied – neither can the satisfied flutter of little claps from children's hands that sound in response to this stunning show.

"Indigo Moon add meticulous detail to each scene and make fantastic use of colour. The combination of traditional puppetry techniques with digital projections allows for fiery red sunsets and lush green landscapes."

We watched this performance at the Little Angel Theatre, London.