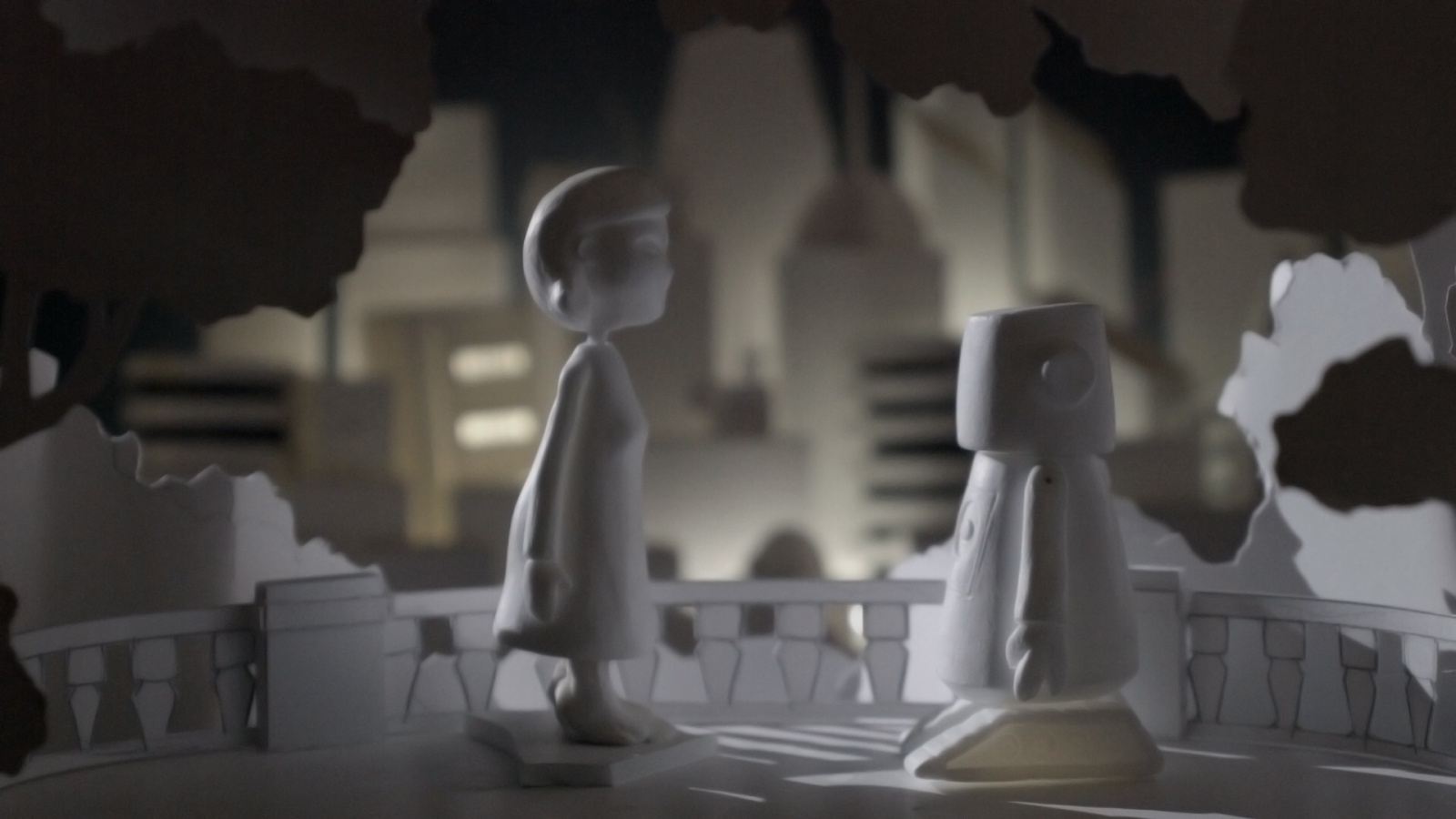 Equal parts cinema, puppet theatre and music concert, ‘Nufonia Must Fall – Live’ is an innovative show from Canadian scratch DJ Kid Koala, based on his graphic novel of the same name.

A love story with a cartoon-like aesthetic, the show focuses on the developing romance between a solitary female scientist and a robot. Represented through mini puppets, every move of this unlikely couple is filmed and projected live onto a huge screen, creating an engaging, live cinematic experience.

Puppeteers perform each scene by moving the puppet characters delicately on tiny, exquisitely made sets, as cinematographer AJ Korkidakis remains close, filming every moment live. Meanwhile, the Afiara String Quartet and Kid Koala himself play a moving soundtrack that evokes the lonely lives of the show’s key characters. Kid Koala adds scratching, piano and character vocal effects, creating an unusual contrast with the more traditional strings. The result is a gorgeous, entrancing soundscape.

In addition to these sublime sounds, the audience is treated to fantastic black and white scenery courtesy of set designer Benjamin Gerlis. In miniature form and visible on stage within small, box-like structures, the tiny sets are similar to models used in stop motion animation. Scenery such as a lonely street, a living room and a diner are reproduced on screen with clever lighting, where these creations are totally believable as large scale structures.

As the robot and scientist interact on screen, the attention to detail provided by puppeteers/puppet designers Clea Minaker, Felix Boisvert and Karina Bleau is clear. Every movement is well considered and, even though a puppeteer’s finger or bare arm is occasionally visible, this doesn’t detract from the action. The puppets are made from smooth, white materials with tiny details like mini headphones, button-like eyes and a tiny tape deck in the robot’s tummy.

The show is a faithful adaptation of Kid Koala’s original graphic novel and captures the look and vision of his drawings beautifully. Director KK Barrett, known for his production design work on films such as ‘Where the Wild Things Are’ and ‘Being John Malkovich’, delivers a well-paced production that makes the audience care deeply about its robotic leading man. Much of the show’s charm stems from its unique nature and the fact that you can watch the puppets move on screen and in their miniature, true-form simultaneously. It's an enchanting performance.

"A love story with a cartoon-like aesthetic, the show focuses on the developing romance between a solitary female scientist and a robot. Represented through mini puppets, every move of this unlikely couple is filmed and projected live onto a huge screen."

We watched this performance at the Roundhouse, London.