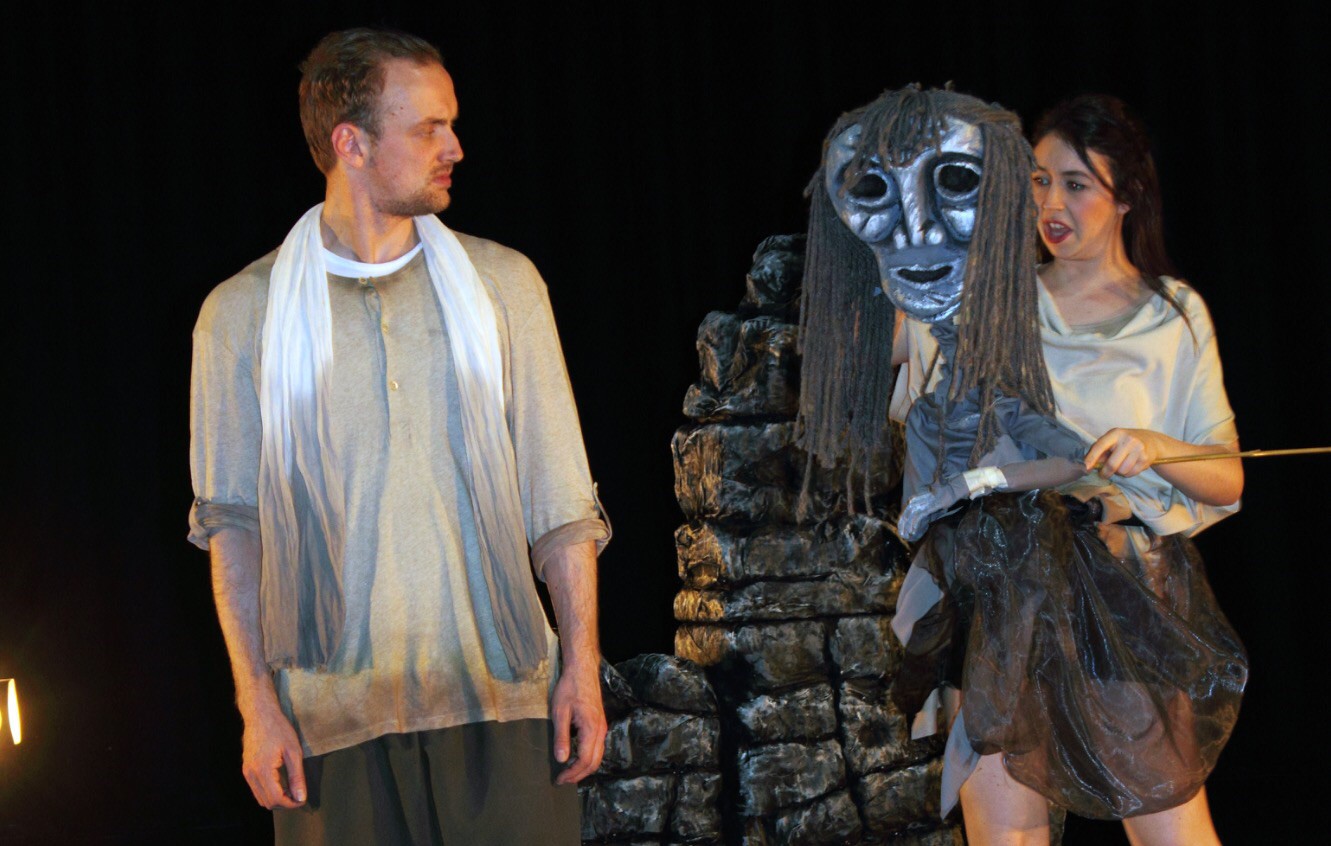 Hippocrates said “Life is brief…art endures”, and it’s hard to think of a work of art that better proves that statement than 'Lysistrata'. Written well over 2,000 years ago by Aristophanes, in around 440 BC, it tells the story of the women of Greece who, sick of their husbands running off to endless wars to get killed, stage a sort of sex-strike: no nooky for anyone until peace is achieved. It has been staged and restaged and reinterpreted countless times, and is considered a key text of proto-feminist theatre. Now producer/lead actress Venetia Twigg and director Alice Sillett take their turn at adapting this enduring classic.

Large, crumbling stoneworks decorate the stage: a simple set that calls to mind the ruined remnants of the ancient world. Two men enter and immediately set to vicious, desperate battle. The battle breaks up without a clear victor and the lights go up upon a meeting between the women of Greece organised by Lysistrata, a lady with a very cunning plan.

The moment the characters begin speaking we realise that this is very much an adapted version of the original text, with men and women using modern, colloquial English. There are catchphrases, gestures and references that a modern audience will find familiar. This is far from an invalid tactic – Aristophanes himself was a very topical writer, meaning many of his jokes and asides are inevitably lost if translated faithfully.

Working in limited space with limited resources and only five performers, each required to perform several characters, this is something of an endurance test. Puppets are used to help bring a bit of visual variety, and to differentiate one character from another when played by the same performer. These are large puppets, with torsos attached to the waist and arms manipulated via rods. Their circular, grey and almost violently expressive faces seem inspired by the wide-mouthed masks of ancient Greek theatre.

The performers really make the show: they give their all, and never tire. One set piece involving a wife teasing the heck out of a husband whose sexual frustration is comically emphasised by a grotesque manifestation of the dreaded trouser tent, is absolutely brilliant. Actors Rachel Salisbury and Luke Adamson deserve a vast amount of credit for making it work as well as it does.

A production suited to smaller spaces, 'Lysistrata' is a piece whose performances power through the limits of the material production. A success with the young audience I watch it with, 'Lysistrata' is an excellent illustration that the battle of the sexes has been ongoing for some time, and that even long dead Greeks knew how to have a good laugh at an erection.

"A production suited to smaller spaces, 'Lysistrata' is a piece whose performances power through the limits of the material production."

We watched 'Lysistrata' at the New Wimbledon Studio during the Illuminate Festival. It is on UK tour until 1 May 2015.