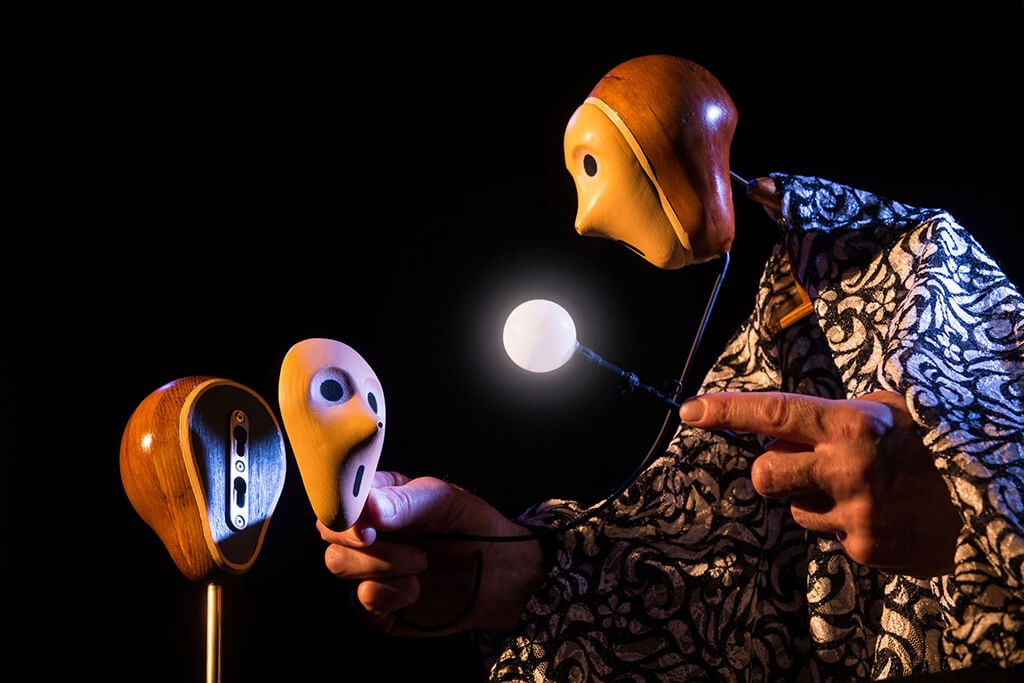 Anyone who is familiar with Mottram's work will immediately notice a significant aesthetic departure from his previous pieces. Gone are the beautifully crafted minimalist wooden figures and dreamlike micro-worlds, replaced by an even starker minimalism and purity of concept. The entire show is played out exclusively by a series of identical glowing balls and sticks (think drinking straws and cotton balls); there is no other imagery in the show. Even without reading Mottram's publicity it is clear what he is exploring here, and it is a question central to the entire discipline of puppetry: how little can you give your audience and still have them read character and action?

The answer is almost nothing, at least if you possess Mottram's understanding of movement, balance and perception. Five points of light are all it takes to elicit gasps, shouts of encouragement and rounds of applause for the onstage 'character'. Anyone who has seen Mottram discuss his work will know the single-minded attention to detail he brings to his craft; here, stripped of any decoration, his technical mastery is brought into clear focus.

Mottram's shows have always been about explorations of themes and concepts over narrative; indeed, his pieces often feel as much like art installations as theatrical works. This is perhaps the closest he has skated to a conventional story, though it certainly didn’t feel narrative-driven. Given how cutting-edge Mottram's explorations of puppetry are, it was slightly jarring that the cycle-of-life narrative seemed so old-fashioned in its dealings with gender; female passivity taken to occasionally disquieting extremes. That said, my discomfort stems from what I as a viewer was projecting onto a series of minimalistic shapes – it is a testament to Mottram's otherworldly skill and attention to detail that I was able to sit worrying about the gender politics of six glowing balls and four glowing sticks.

'It is a testament to Mottram's otherworldly skill and attention to detail that I was able to sit worrying about the gender politics of six glowing balls and four glowing sticks.' Tobi Poster