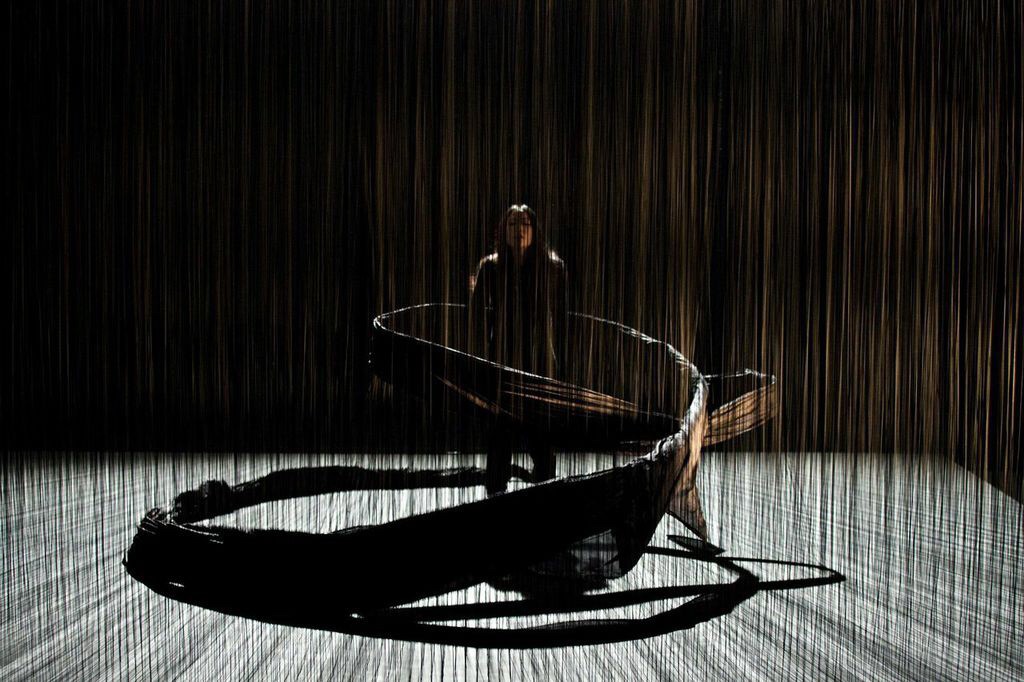 A collaboration between director Aurelien Bory and dancer Kaori Ito, 'Plexus' sees Compagnie 111 wowing a London International Mime Festival audience once again. Bory presented his portrait of flamenco dancer Stephanie Fuster at the Barbican in 2014; this year he seeks to portray something of the life of Ito.

It's a performance that is epic and yet confined, personal but impersonal. The stage is occupied by a huge cube formed of tightly strung, flexible wires, which Ito moves within. The structure has microphones embedded in it so it is both a set and an instrument. Swathes of fabric move inside the space like creatures, some manipulated by Ito and others independent of her. The lighting is architectural and the deep shadows geometric. Combined, the light and sound design have a powerful effect – obscuring, transforming, pixellating. Both are incredibly tactile.

Trapped inside this landscape, Ito writhes. Her physical prowess, her frustration, her pain are all laid bare within this box. Her movements speak of conflict, mastery and power. By the performance's end I think we are all in awe of Ito. So yes we learn about her – the way her muscles rip and her mind ripples – but we also remain distant. She is shadowy, an enigma; sometimes huge, sometimes small, sometimes vulnerable, sometimes mighty. Always hard to grasp hold of.

Bory explains in his director's note that the word plexus has several relevant meanings: originally it meant intertwining, then networks of nerves or blood vessels, and now it is used in anatomy to refer to the muscles' inner mechanics. He says that, in portraying Ito, he wanted to explore the "innermost marks her art has carved into her living body" and how the "external entity of dance has entered her". He achieves his vision, creating a piece of physical theatre that is both muscular and cerebral. For those of us watching, the effect of Ito suspended inside this strange stringed space is fascinating, hypnotic and visually stunning.

"The effect of Ito suspended inside this strange stringed space is fascinating, hypnotic and visually stunning."

We watched 'Plexus' at Sadler's Wells during the London International Mime Festival 2015.