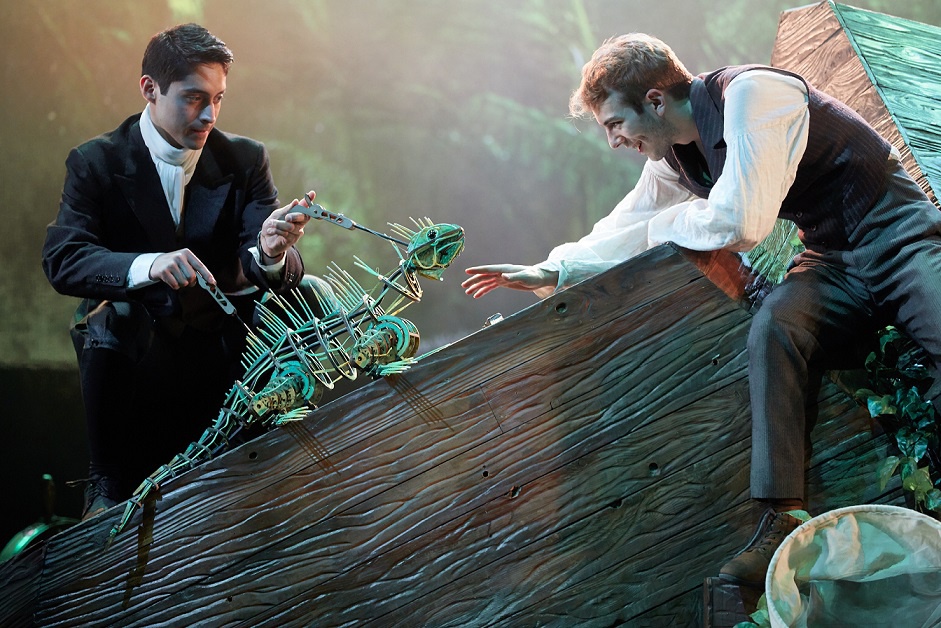 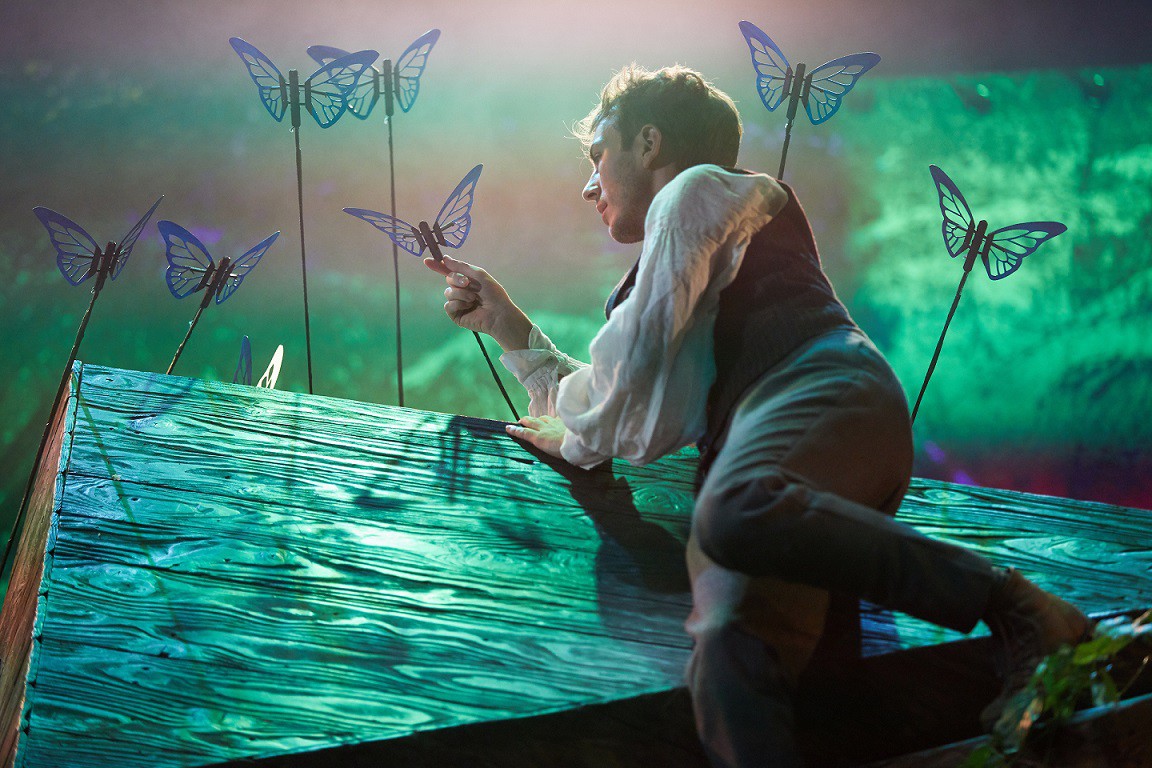 Review of The Wider Earth at the Natural History Museum theatre

Seen by Penny Francis on Tuesday October 16th at 7.30.

The Natural History Museum has sprouted a proper theatre, well-attended for this its first show, a play about the young Charles Darwin and a voyage which introduced his curious and receptive mind to the incredible variety of creatures existing beyond his native country, of which he had no conception.

The story is worth the telling, especially when staged so impressively by the Dead Puppet Society whose highly praised work I have long wanted to see. The company originates in Australia, but also work a lot in the States. The Wider Earth is a dramatic example of visual theatre, dominated by a revolving set of ingenious versatility depicting mountains, seas, landscapes and even interiors, all backed by a projected panoramic screen reinforcing scenery and action. For me this was the finest feature of the production. David Morton and Aaron Barton were co-designers.

Most of the said action was played by human actors who needed to be athletic (the set was all slopes and angles) and full-voiced, which they were, all seven of them, and are to be congratulated. They had to negotiate not only the tricky set, but the music, which was mostly deafening. It was often portentous and insensitive, overshadowing many aspects of the production.

Puppets were promised as an ingredient of The Wider Earth, and puppets there were or rather wiry, skeletal icons of creatures found by Darwin on his earliest travels, beautifully crafted but hardly animated. They were mostly wafted around on rods or with bare hands, with little attempt at any realistic level of manipulation. For example, in the underwater scenes the creatures moved as quickly as on dry land, with no resistance. This was disappointing, but could easily be put right with good direction.

This is in effect a play based on text and exciting visuals. The excitement resides in the visual unfolding of an unfamiliar tale, and in the scenic design (by David Morton and Aaron Barton, with gorgeous projections on the panoramic screen at the back of the stage by Justin Harrison).

The excitement resides in the visual unfolding of an unfamiliar tale.