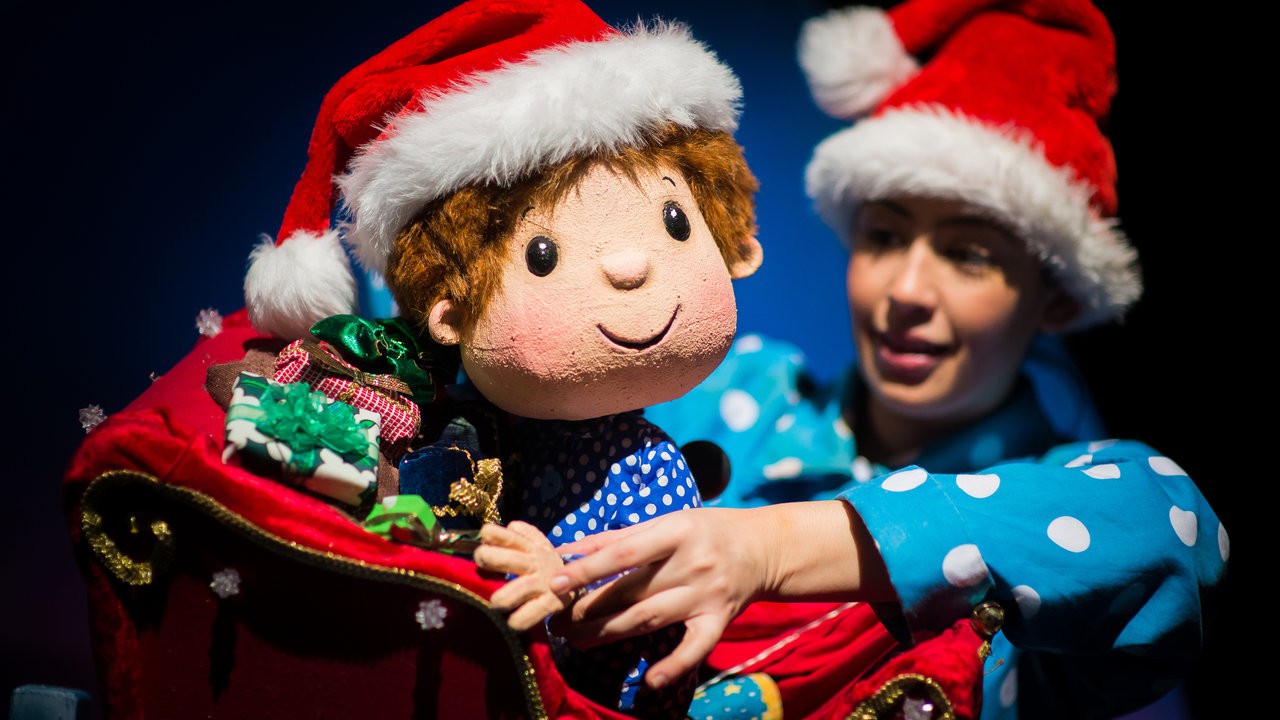 This show was a two-hander, and it has to be said that the performers worked extremely hard to engage with the audience – mums being called on stage to be dressed up as a Christmas tree, dads asked to hand out Christmas presents, and an obligatory snowball fight between stage and audience. Despite this, and the wide range of styles deployed in the storytelling, the show was lacking in charm or depth. It felt more like an extension of the commercial Christmas glitz and fakery that we passed through in the shopping centre on the way to the theatre, than the warm magic and seasonal mystery that should be part of Christmas entertainment.

Although the show had a nicely detailed set and a storyline that moved us along quickly from incident to accident, the whole production was stymied by its rather production-line feel. Puppets tended to be things-on-sticks, and no-one had apparently told the performers that they cast shadows if they walk between the shadow screen and the light. Despite this the audience joined in whole-heartedly, and the two performers worked their socks off. If only they had been given more detailed direction and a script that took some risks.