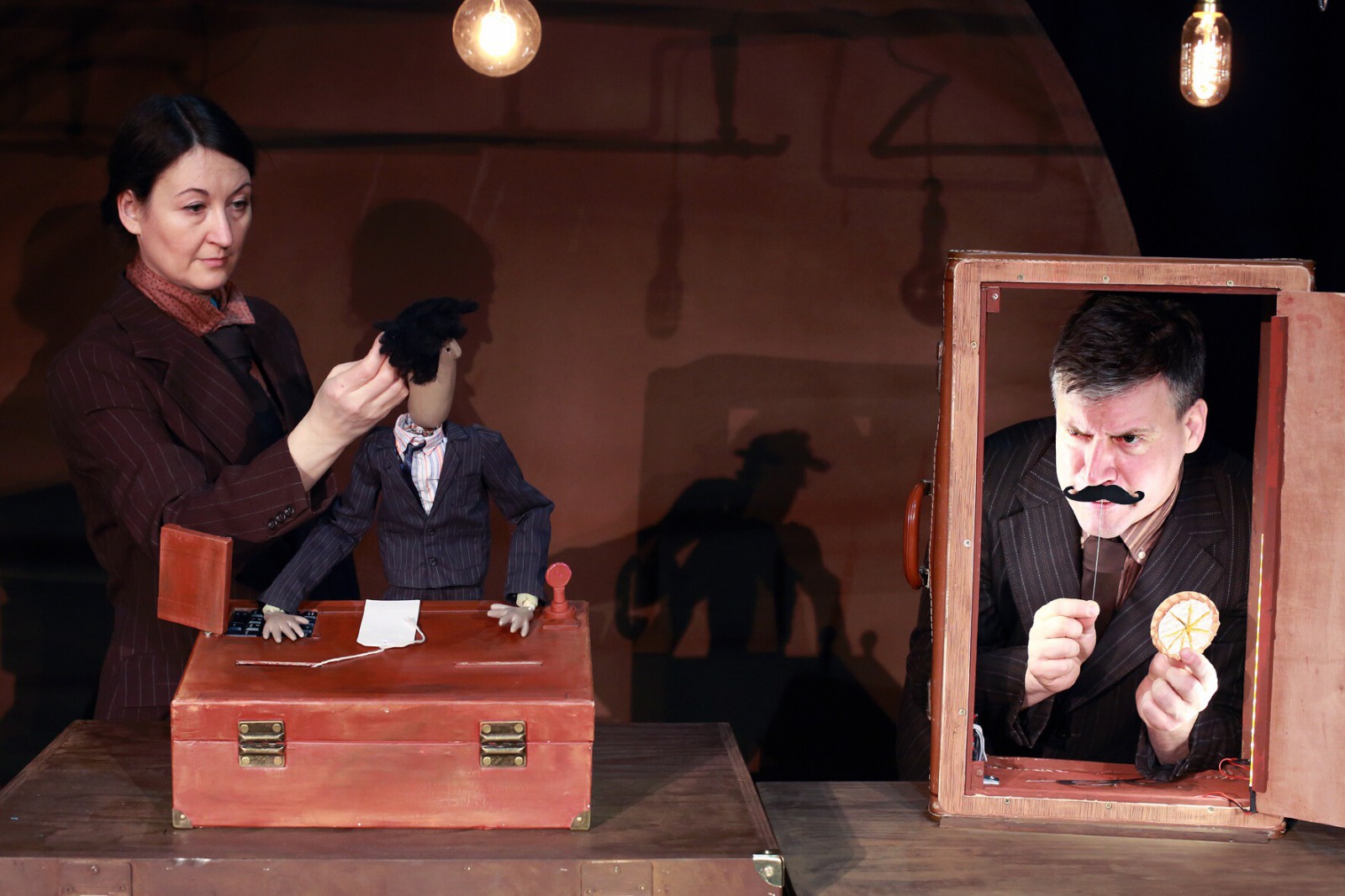 Many former children (a.k.a adults) have memories of peeking into a dark closet, crawling up into a web-shrouded attic, peering into a weed-choked stream or, indeed, opening a musty suitcase to see what lies within. 'The Secret Life of Suitcases' – by the Unicorn Theatre and Scottish puppeteer Allie Cohen (one of the minds behind 'The Man Who Planted Trees') – presents as its opening image a great pile of suitcases, all closed, all full of secrets, all waiting to be opened. It’s an image that inspires the curiosity of both children and adults in audience.

As the puppeteers emerge from behind a screen, the suitcases are opened one by one. Within the first, there is a furry, friendly creature that introduces itself as a Quark. What is a Quark? All in good time. First the suitcases – lit by bare bulbs and casting long shadows – open, collapse and reform into an office. Into this office steps the long-faced rod puppet Larry, a seemingly contented, ‘normal’ office drone, who spends all his time being, in his own words, "very very busy". Then there is a delivery – a Quark drops a blue suitcase into Larry’s office, a suitcase that seems to have a mind of its own. From then on Larry’s life will never be the same.

'The Secret Life of Suitcases' is a show of constant surprises, a theme carried successfully into the very stage and costume design. An object that appears at first as a dull method of storing laundry becomes a personal computer, then a beach, then a rocket ship; a seemingly grey and typical banker’s uniform blossoms into a charming landscape; and an environment shifts from what could only be described as “Kafka-lite” to, in its most successful sequence, a tapestry that beckons the mind out to the limits of the cosmos (thanks in part to the judicious use of blinking Christmas lights).

For a show that spends much of its time as a constant parade of changing scenery and locations, it's unfortunate that the last act contains a long expositional speech that slows the once brisk pace right down. It is perhaps necessary to explain events in a simple manner to a young audience (most of the people about me are well under 10) but an explanation using visuals rather than words would be better. Still, this is a charming, visually appealing work, with just a touch of thematic gravitas to make the younger members of the audience ponder how best to lead their upcoming lives.

"A charming, visually appealing work, with just a touch of thematic gravitas to make the younger members of the audience ponder how best to lead their upcoming lives."

'The Secret Life of Suitcases' plays at the Unicorn Theatre, London until 12 October 2014.