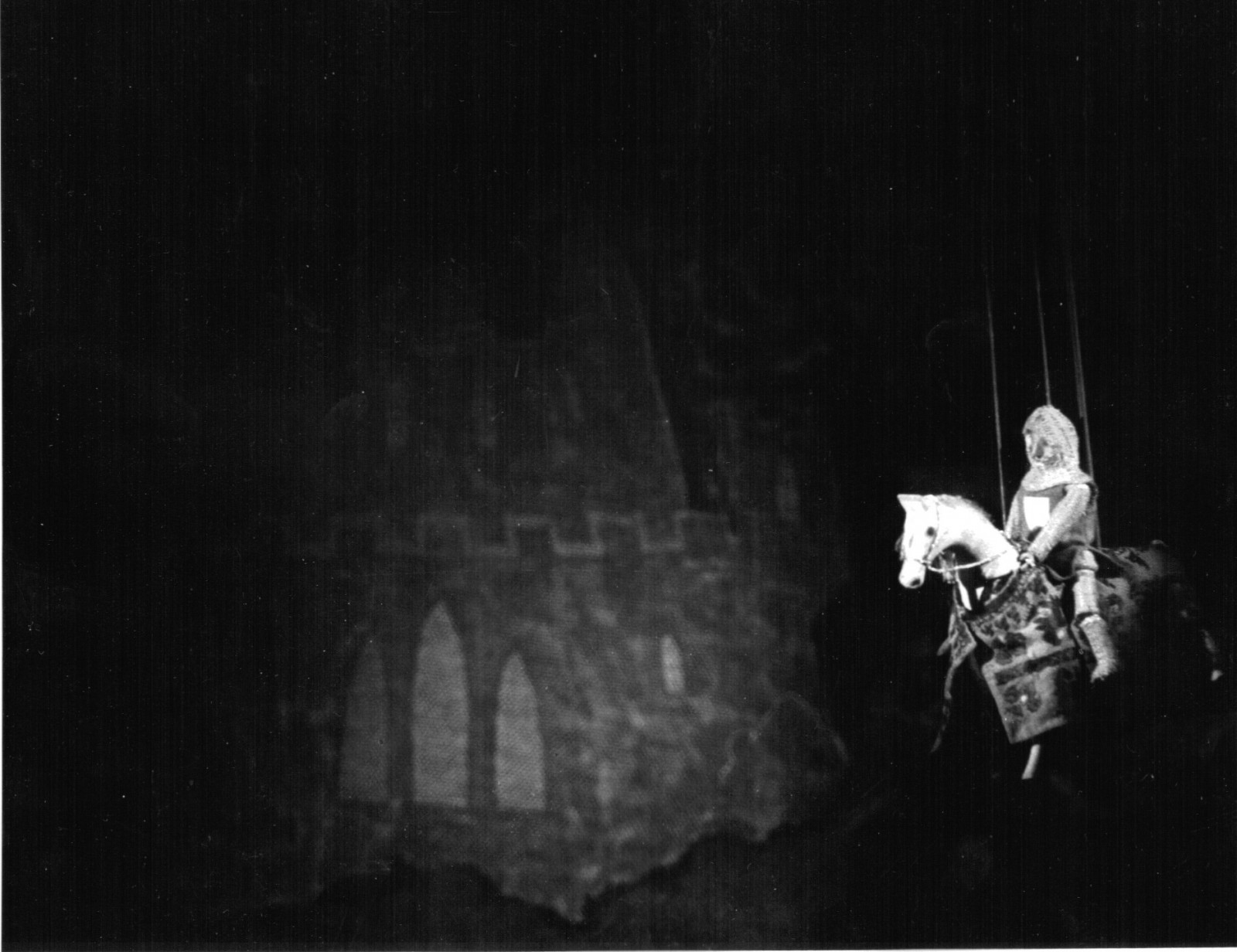 The German film director Werner Herzog once spoke of “the voodoo of location”; the power a work of art may derive from where it is produced or where it is seen. If this is the case then The Puppet Barge, home to the Movingstage company, has some heady voodoo indeed. One approaches hearing the rustle of water through the reeds, feeling the chill of the river wind. The sun sets behind the red, rusty barge, moored ever so slightly before a tall and mournful weeping willow. Whether in Little Venice or Richmond, the Puppet Barge is a perfect place to view 'Sir Gawain and The Green Knight', a story that survives from Britain's mist-shrouded past.

It is a very old, classic story: during the reign of King Arthur, a great New Year celebration is held at Camelot. The festivities are interrupted when a gigantic warrior strides into the hall, his beard and armour tinted green. Proclaiming that he has been impressed by the stories told of the courage of Arthur and his knights, the bizarre stranger offers a terrible challenge: he will offer his own head to be hewn off by any knight present, as long as that knight swears to appear at the green being’s court one year in the future, to offer his own neck to the axe.

Sir Gawain, youngest of the knights, proclaims himself the fittest for the trial as he is the least experienced and thus the most expendable. Unfortunately for Gawain, the Green Knight seems barely fazed by the removal of his head and the gory, now disembodied face reminds the young man of his dreadful promise. Sir Gawain’s journey to the court of the Green Knight is presented in an austere, serious manner; while many scenes are in the tone of light comedy or even high adventure, it is the moments when Gawain is confronted by diabolically difficult moral choices that resonate at the heart of the piece.

The production is a re-staging of one of Movingstage’s older plays. The marionettes have glass eyes and more realistic human characteristics than Movingstage’s later, more celebrated and expressionist puppet style. Yet the realism of the figures makes the invasion of the fantastical elements all the stranger and more wonderful. In what is perhaps the play’s highlight, Gawain journeys by horseback across a moonlit plain, only to be beset by bats, tempests and creatures from the darker corners of British lore. The sets, typically for Movingstage, are wonderfully atmospheric, with Arthur’s court decorated by golden curtains that could have been dreamt by up by Klimt, and a forest chapel as verdant as it is menacing.

The sometimes slow, deliberate pace means this performance is probably not appropriate for most under 10s – the producers proudly call it a play for adults– and the Old English verse and vocabulary may test even the most strident language fiends. But it is also a production that rewards, as scenes of subtle beauty and fabulous strangeness mark it as a fine adaptation of a legendary text.

"Scenes of subtle beauty and fabulous strangeness mark this as a fine adaptation of a legendary text."