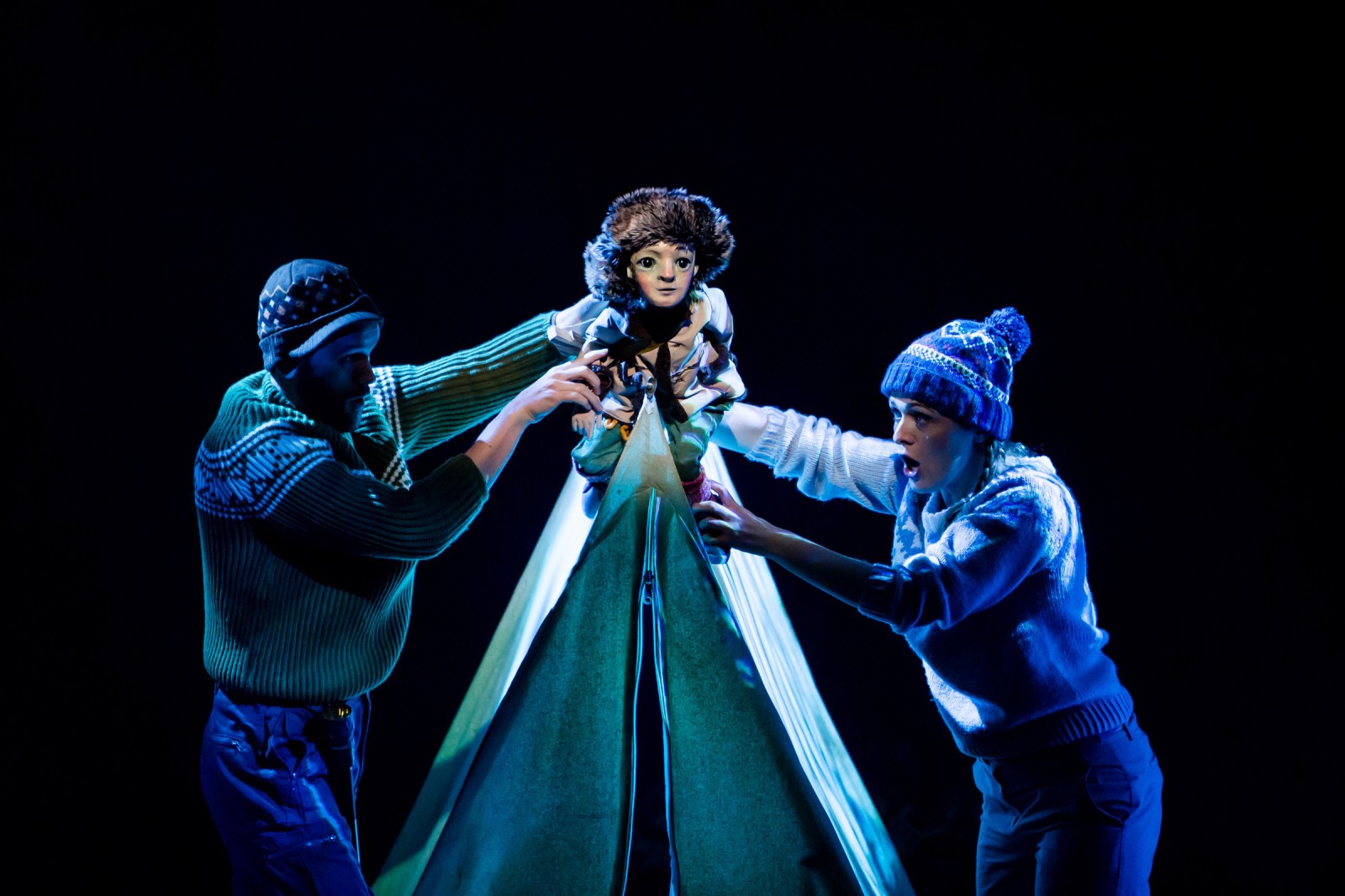 An Opera North and The Wrong Crowd co-production, 'Swanhunter' is an opera for young people drawn from the Finnish Kalevalá saga. Set in an encampment in the far north circling a lake/ice sheet, it tells the story of a young man’s quest for a bride and the tasks he must accomplish before he can finally claim her.

It is set to the music of Jonathan Dove and sung by an ensemble of six versatile performers, some of whom manipulate large puppets reasonably well under the direction of Hannah Mulder and (for the puppetry) Rachael Canning of The Wrong Crowd.

The puppet figures themselves are arresting: two attack dogs and a ‘Devil’s Elk’, all three represented by a realistic head held in front of the operator’s body; a ‘Devil’s Horse’ – my favourite – this one a more stylised head, gleaming metallically; a Boy, a whole figure, and finally a beautiful Swan, also realistic, life-size. Rachael Canning is their designer and maker, and is evidently an exceptionally talented puppeteer.

The opera has a dreamlike quality, played in various shades of crepuscular, so to speak, bathed in subtle, clever lighting by Richard Howell which greatly adds to the magic in the story. When the hero, aiming to shoot the Swan, is himself fatally shot and falls backwards onto some boulders, he seems to dissolve and disappear, leaving only some clothing. The effect of the lighting on the water suggests changes from solid ground to iridescent ice to rippling water.

I warm to Jonathan Dove’s music, played here by a six-piece orchestra: this is the second opera of his I’ve seen, the first also full of puppetry. Some of the singing is too harsh, too vibrato, for me, but most of it is delightful, including the unearthly high treble of the Swan’s voice (Suzanne Shakespeare).

"The opera has a dreamlike quality, played in various shades of crepuscular, bathed in subtle, clever lighting."

We watched this performance of 'Swanhunter' at the Royal Opera House's Linbury Studio, London.