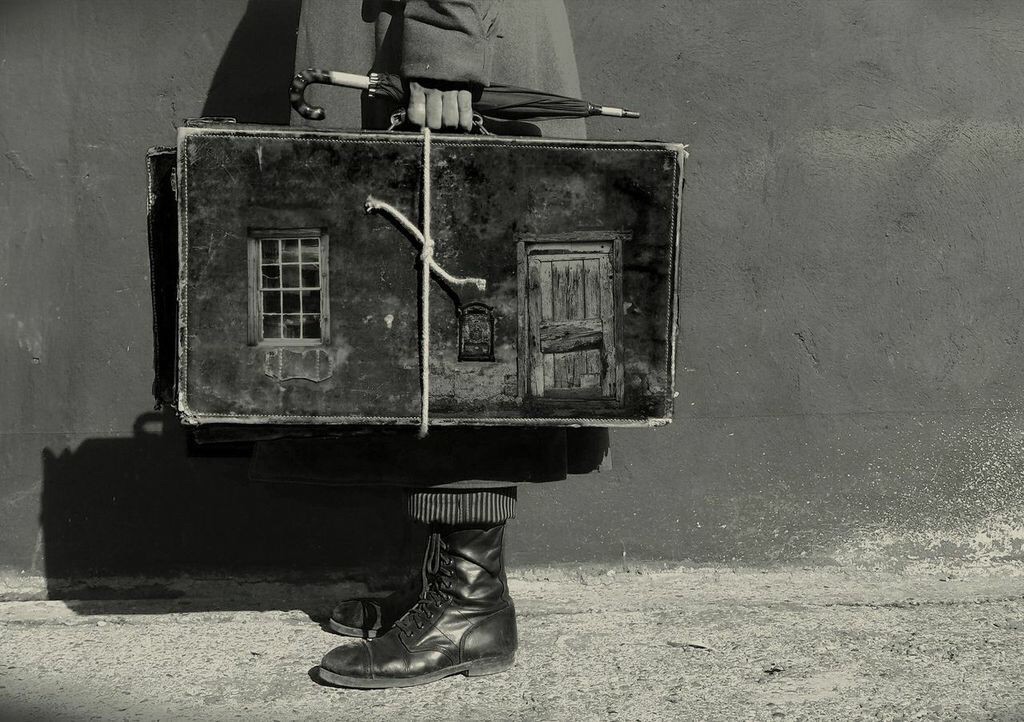 The first solo show from Boris & Sergey creators Flabbergast Theatre, 'Tatterdemalion' features mime and clowning as well as puppetry. In fact the puppetry is minimal, the focus here is much more on the physicality of a lone male actor (Henry Maynard) rather than objects or puppets. There's no clear story or narrative, it's more of a wordless comedy sketch show, heavily reliant on the audience's willingness to contribute. It's silly and amusing, and seriously uncomfortable if the idea of being pulled into the action fills you with horror.

The main prop and feature on stage is a huge suitcase that has much in common with a wardrobe – it has hanging space for clothes and a set of drawers inside. Various items are pulled from the drawers including a lovely leather boxing glove. It's a shame these objects don't do more, since we know Maynard has the power to bring them to life. Our tatterdemalion (which means a person in tattered clothes) huffs and puffs around the stage, playing with the audience and gradually getting dressed (he starts off in a flowery nightie, and ends up in old tweeds and a dirty t-shirt). He marries an audience member and gives birth to a child, which ultimately gets blown up. It's all pretty bizarre. The most successful skit mimics a London commute and ends with almost half the audience on stage convincingly pretending to be on a tube train.

There are a couple of puppetry sketches during the hour-long show. The first is tantalising, I wish it had been developed more. Maynard disappears behind a shirt sitting atop the suitcase, which has become a shop counter. His arms slot through the shirt's cut sleeves and brings it to headless life. The shirt waits expectantly at the counter and we wait with it. It does a couple of tricks, magicking a flower and an egg from thin air. And then that's it. The second puppetry sketch features a tiny skeleton in an old leather bag, which glows and produces strange music. Even less happens with this odd character, the puppet is simply presented to the audience to marvel at. At the show's end Maynard gets inside the suitcase and closes it shut. It concludes a rather random, but also funny, sweet and brave, performance.

"A rather random, but also funny, sweet and brave, performance."

We watched 'Tatterdemalion' at the Camden People's Theatre, London.