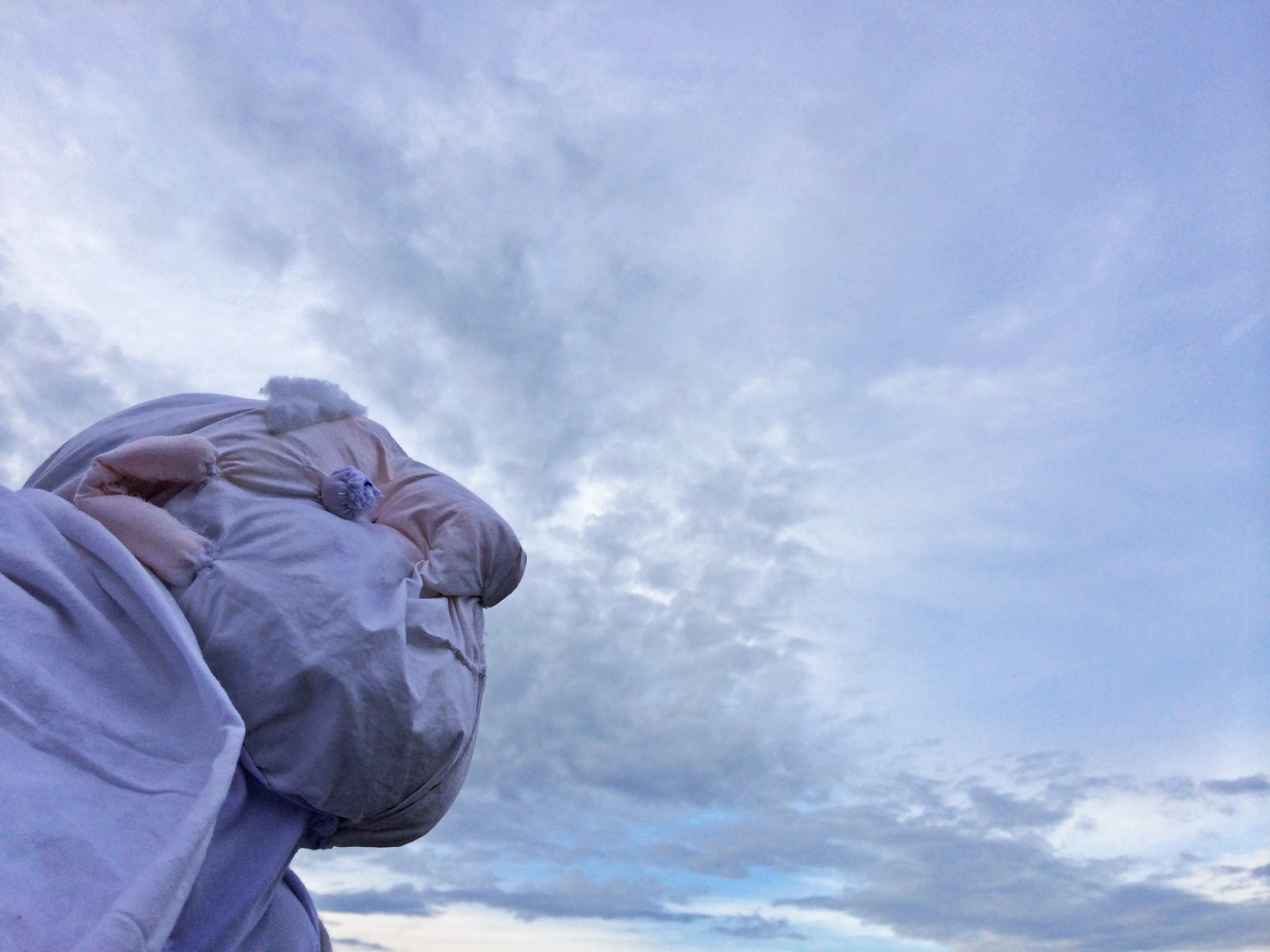 'Theories of Flight' is billed as a play about Gustav Mesmer, a German inventor of human-powered (and non-functional) flying machines. We meet him three times during this performance: on his death bed; designing devices in his workshop; and in one of his machines. In between are scenes of movement and tableau, mostly involving sheets.

The puppetry within the show is beautiful. Gustav is constructed from white linen that merges with his own bedsheets and the sheets used in the more figurative scenes. He lives and breathes, and his interaction with the puppeteer and the other performers is touching. The workshop scene is completely focused, especially Gustav's experimentation with the materials around him. The lighting highlights the flailing sheets and brings the faces of the performers – and of Gustav – into sharp relief.

While the performers create a series of attractive, interesting images, only some are connected to the theme of flight and some seem to have no connection at all. The first scene, while fun, is essentially unlinked clowning. Gustav Mesmer’s story is a fascinating one that deserves to be covered in more detail. The flying machine at the end is a really neat construction and it's a shame we don't see much more like this. There are moments when theories of flight are expressed in figurative form – and the lighting adds to this illusion – but there's no underlying story to grasp hold of here. With a life as interesting and peculiar as Gustav’s, this lack of narrative depth is disappointing.

"Gustav is constructed from white linen that merges with his own bedsheets. He lives and breathes, and his interaction with the puppeteer and the other performers is touching."

We watched 'Theories of Flight' at the Pleasance, London.