The Ugly Duckling by Thingumajig Theatre 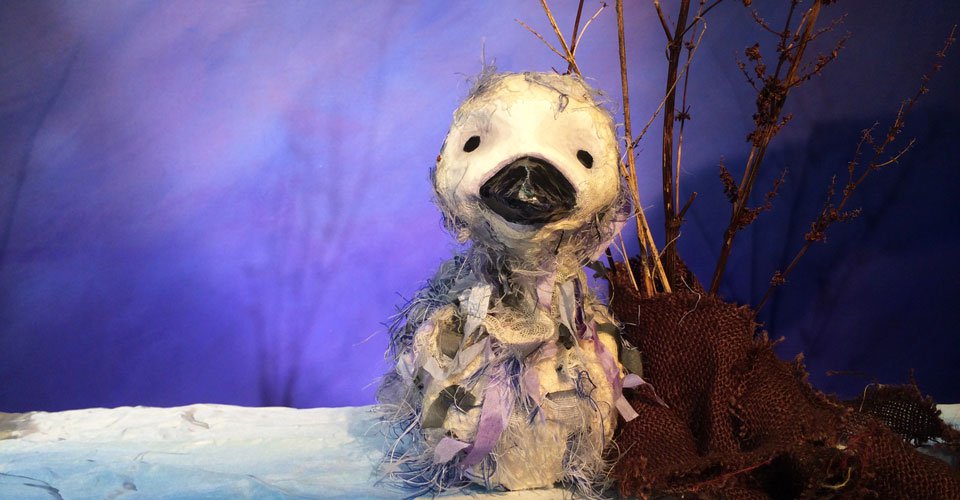 In a patch of reeds, next to a river, a mother duck sits expectantly upon her nest. Soon enough, one egg after another hatches, and a line of tiny, adorable, web-footed little creatures emerge into the sunlight. But the last egg, abnormally large, reveals a different sight: something bigger than he should be, darker than he should be, far more awkward than he should be. An ugly duckling is now in the world, and what is he to make of it?

This is a tale very familiar to children, famous since the day Hans Christian Andersen first put it to paper. And all of those children could probably rattle off the basic points of the story, including the ending, without much trouble. The challenge then for Thingumajig Theatre is to make the telling of it surprising; to find the novelty in the journey, not the destination.
Thingumajig's strength lie in their charming puppets, and the overall presentation of the play. The Ugly Duckling himself is a quirky little fellow and looks great; innocent little eyes and ragged, grey feathers suggest an animal born, not of an egg, but of a pile of laundry left to the elements too long. The Mother Duck and her ducklings look lovely too, especially when performed as sweetly simple marionettes. There is also an illustrative quality to the piece, with several characters portrayed by painted wooden boards with moving parts, and the set looking as if it escaped from a children's book. Live music, including an honest-to-gosh banjo solo, add to the eclectic feel of the show.
Where the show felt lacking was in the somewhat patchy storytelling itself. Certain scenes work very well, but others felt underdeveloped. A sequence with a farmer and his wife, though featuring some remarkable masks, doesn't really work. As an attempt at physical comedy it's not refined enough, and narratively it adds nothing to the story. There is also an inconsistency in how the story is told which is occasionally jarring. For example, throughout the tale the animals do not speak; they communicate their intentions via gesture and, well, emotive quacking mostly. However two geese abruptly appear and these, inexplicably, can talk. All well and good, but the sole reason they seem to have to speak is to tell terrible jokes for entirely too long (one or two can be forgiven, but half a dozen makes it feel like you're trying to fill the time).
A show that feels like it needs a bit more time to stew in rehearsal, this is still a visually entertaining hour for youngsters, who may find a lot to like in a familiar story told with visual flair.
Alex Winfield

The Ugly Duckling was showing at the Little Angel Theatre last weekend, check their website to see further dates and opportunies to see the show.