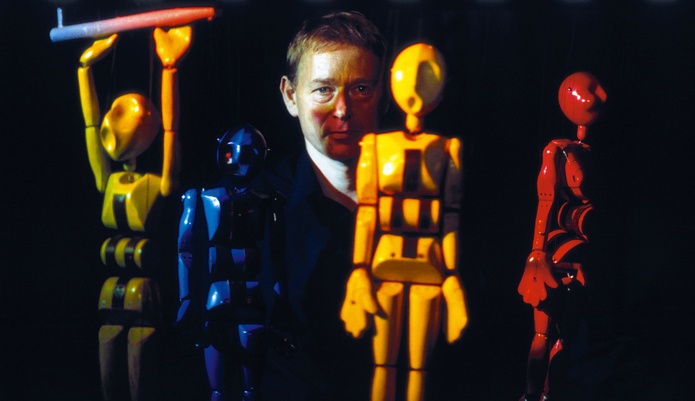 Following Le Tour de Yorkshire, festival organisers in the eastern part of the county are hoping the hot weather and positive energy will impact on the sixth Beverley Puppet Festival. It's the largest yet, with 25 professional companies performing, including two guest companies from abroad. The biennial event takes place in the historic East Yorkshire market town of Beverley this weekend, from 11-13 July 2014.

This year sees 24 ticketed events across four Beverley venues and free outdoor performances in the market place. The festival opens on Friday evening with returning comedy favourites Scottish Falsetto Sock Puppet Theatre who are swiftly followed by Sokobauno's 'How High is Your Stable Door?', featuring the highly acclaimed Scottish folk musician Alasdair Roberts. Stephen Mottram is headlining on Saturday evening with 'In Suspension' and Pickled Image round the festival off on Sunday evening with their twisted comedy 'Shop of Little Horrors'.

Artistic Director, Anna Ingleby, is the festival’s founder and has consistently grown the event since its inception in 2005 while also running her own company Indigo Moon Theatre. “I began in 2005 with five companies and then joined forces with Beverley Arts Trust to grow the festival, which we have managed to achieve," says Anna.

"Due to the quantity and quality of UK acts converging in Beverley in such a short period of time, we believe this is the largest festival of predominantly British puppetry in the world. It has certainly become a national showcase and networking opportunity for the art form - with theatre bookers from as far away as Slovenia travelling to Beverley to take this rare opportunity to see so many companies perform in one place over one weekend.”

Year on year, there has been a clear rise in demand for the festival’s adult puppet shows. Since 2008, when evening puppet theatre was introduced for adults / age 12+, the adult audiences have steadily increased, with a relatively much larger audience for the evening shows in 2012 than the daytime family ones.

“Having initially dealt with the inevitable raised eyebrows and cheeky responses when touting for ‘adult’ puppet shows in 2008, we now encounter less suspicion. Occasionally I hear people say, I don't like puppets, which to me is like saying, I don't like books," says Anna.

“I am delighted by the calibre of this year’s adult acts. Pickled Image, who wowed audiences with 'Houdini's Suitcase' in 2008, are returning to close the festival with 'Shop of Little Horrors' at Longcroft Theatre on Sunday 13 July. This was a show which I spotted at London's Suspense Festival last autumn and am so pleased people will be able to see this locally, it’s very funny.

“We are also excited to introduce new Adult Festival Shorts at Beverley Friary – 25 minute daytime shows for grown ups. Hopefully when people see the scale and diversity of the shows on offer at the festival, they will really enjoy the performances and anyone new to puppetry will forget any preconceived ideas about ‘puppets’!"

"Due to the quantity and quality of UK acts converging in Beverley in such a short period of time, we believe this is the largest festival of predominantly British puppetry in the world. It has certainly become a national showcase and networking opportunity for the art form" – Anna Ingleby

The Beverley Puppet Festival runs from the 11-13 July across several venues.