There and Back Again - an Odyssey 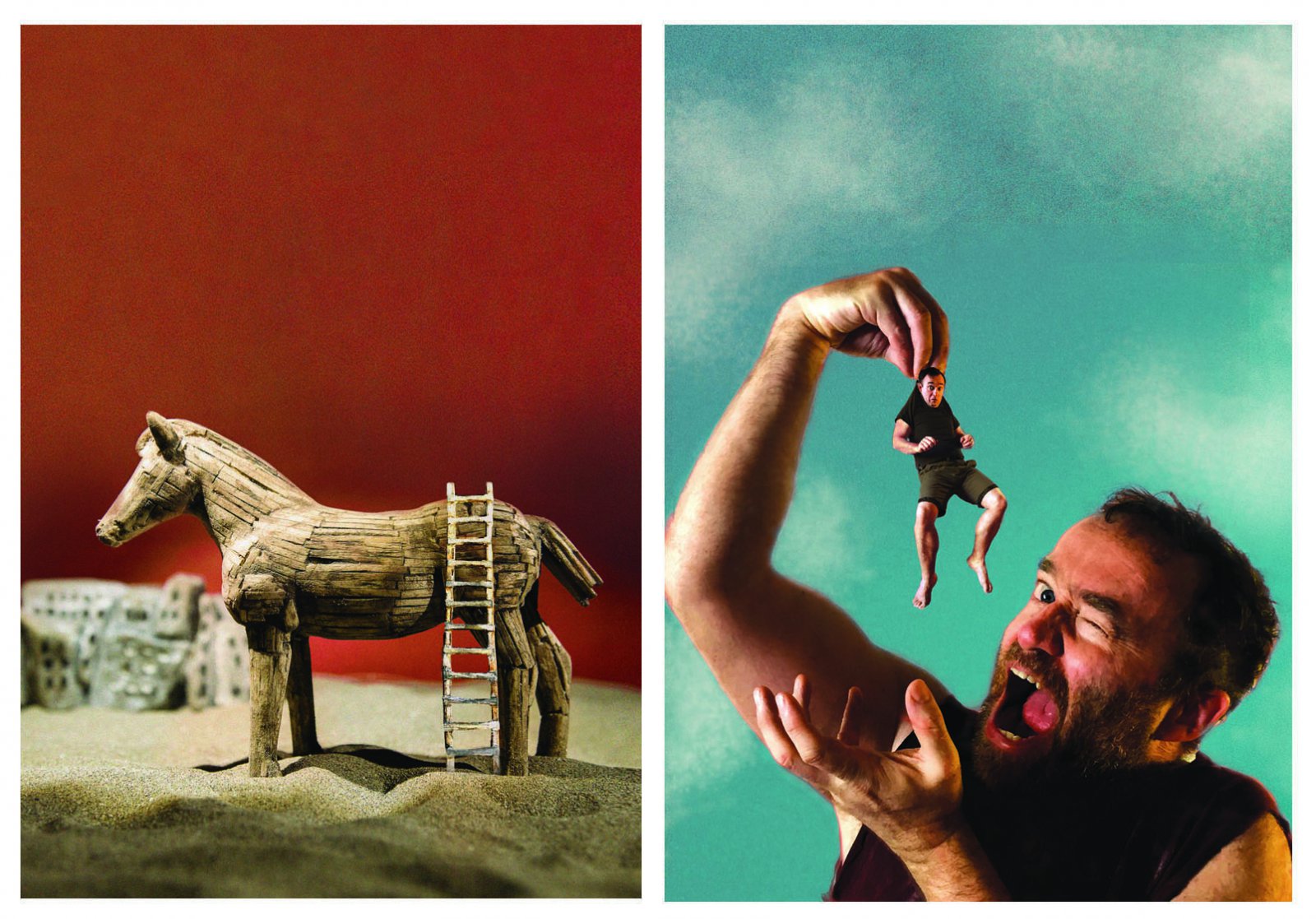 At around 3000 years old, Homer’s the Iliad and the Odyssey stand proud amongst the world’s most ancient surviving literature. Greek gods, battles, love and revenge rage through the epic poems that verge on 28,000 lines of Ancient Greek. Translated into often impenetrable flowery prose or verse, these great works make for chewy bedtime reading let alone a quick story for the kids.

Lyngo Theatre’s There and Back Again - An Odyssey has chewed away at this epic for us and made it accessible to anyone aged 6 to 100. The old and new come together through live object and puppet theatre that is projected onto the big screen. Far from distancing us from the original story, the physical presence of image and sound bring us closer to the old oral tradition of narration that existed long before Homer. Everything is intentionally bigger on screen – the toy Trojan Horse projects tall and majestic and Patrick Lynch leers menacingly into the lens as the Cyclops approaching a trapped Ulysses.

Face half lit, Lynch is a master storyteller who peels back the Odyssey to its core tale of a man, Ulysses, who just wants to get back home. Tiny walnut boats glide and churn through swathes of fabric sea, pages weave across the screen as waves, and Action Man presses his toes into new lands. Carlo Cialdo Capelli’s evocative piano score accompanies and sweeps us through the fear, drama and curiosity.

At the end, awestruck children crowd around as did generations of kids when the old travelling storytellers came from village to village. Lynch continues in his dramatic role as one child pipes up, “How did you make the blood?”. The storyteller has a glint in his eye, “Why, from children of course! But only the youngest will do!”. A ripple of excitement and giggling sets in and every face, young and old, lights up.